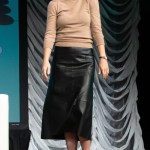 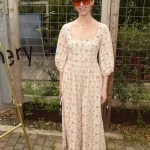 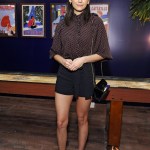 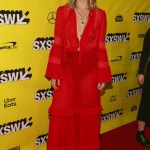 Celebrities have been crushing it with their style at 2019’s SXSW. With a mix of funky casual wear and red carpet glam, we’ve got the stars who have been best dressed standouts at the annual film and music fest.

There’s no place that draws a mix of stars in cool country casual alongside red carpet designer gowns like the annual SXSW film and music festival. Ever since the event kicked off on March 8, A-listers have been flocking to Austin, TX and killing it with chic yet casual daywear looks while rocking red carpet glam at night. Olivia Wilde managed to do both as she’s in town for the premiere of her film Booksmart. She wore a gorgeous plunging red gown for the film’s debut, in a dress that was still true to her hippy chic style. It featured flowing fabric and wide sleeves yet was sheer enough to show her black brief-style undies underneath. Yet by day Olivia, 35, rocked an edgy pink pleated Dior dress that she managed to keep casual with the addition of a white hat and white cowboy boots while she stopped by the Prime Video Blue Room.

Isla Fisher, 43, also went with pink at the March 9 world premiere of her new film The Beach Bum. She rocked a pantsuit with black prints across it and white detailing while accenting it with a white tank top underneath. Her co-star Matthew McConaughey was on hand and he showed his Texas pride in a blue cowboy style shirt with orange and yellow prints of a Mexican wrestler mask on his chest while wearing blue jeans and brown boots. The 49-year-old Oscar winner calls Austin home so he didn’t have to go far to attend the event.

Charlize Theron, 43, looked so stunning in a glittery black and silver dress with colorful pink, yellow, blue and green accents to the premiere of her new film  the Long Shot on March 10. The long-sleeved mini-dress featured a black belt and the newly brunette actress kept things funky by adding ankle boots to her sophisticated outfit. She posed with her arm around co-star Seth Rogan, 36,  who looked equally sharp in an all-blue suit with a matching royal blue shirt underneath.

While stars have been glamming it up on the red carpet, by day they’re able to show off their own casual style. Austin resident Brooklyn Decker, 31, rocked a perfect Texas country look in an off-white long sundress with delicate floral prints to the Vision Council 3-Day Eye Health event. Meanwhile Nina Dobrev, 30, showcased her long legs in a pair of chic black shorts that she paired with heels and black and white polka dot blouse at a stop by the Prime Video Blue Room. You can check out all of the best dressed stars at the 2019 SXSW Festival by clicking here.