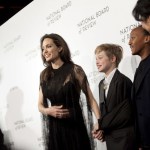 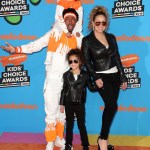 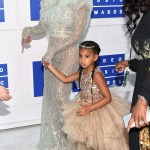 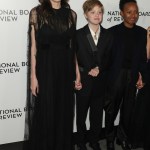 Getting dressed up with mom and dad? Doesn’t sound too bad to us! From Beyonce and Angelina Jolie to all the stars in between, check out the celebs who brought their kids to award shows over the years!

While most of us daydream over attending award shows, celebs have to show their face at these events…a lot. However, this also means they get to invite a lot of their family members to big ceremonies, including their children. And what kid wouldn’t want to get all dressed up and practice their posing with mom and dad on the red carpet? Over the years we’ve seen some fun pairings at award shows and we’re taking a look back at some of our favorites!

We’ll start off with one star in the making who is already acclimated to the big stages and bright lights: Blue Ivy Carter, 8! The daughter of Beyonce, 38, and Jay-Z, 50, has shown time and again how to rule the red carpet — and at such a young age, too! Who could forget when the “Formation” singer brought Blue with her to the 2016 MTV Video Music Awards at Madison Square Garden in NYC? Queen B and Blue were total visions in their stunning ensembles — which complimented each other perfectly. Holding her mother’s hand, Blue was poised on the red carpet and wasn’t phased by the cameras whatsoever. What a pro!

Naturally, the Carters aren’t the only family who make it a point to turn award shows into a family affair. In fact, the Brosnan boys just made the 77th Annual Golden Globe Awards a major night out for their family, as well! Former 007 star, Pierce Brosnan, 66, was right by his sons’, Paris, 18, and Dylan Brsonan‘s, 23, sides throughout the night. Both Paris and Dylan made history as the first brothers to serve as Ambassadors for the Globes!

Sometimes, you just need your kids to be your support system during major nights, too. Angelina Jolie, 44, knows that better than any one else! The mother-of-six brought members of her brood — Shiloh Jolie Pitt, 13, and Zahara Jolie Pitt, 15 — to the 2018 National Board of Review Awards Gala and lit up the red carpet in their black ensembles. Angie, ever the proud, protective mom, was positively beaming and was so happy to have her kiddos on hand for the night. This wouldn’t be the last time fans would get a glimpse of her growing children either, as she would bring them along to the various premieres of Maleficent: Mistress of Evil during its 2019 release! Awards season can be such a nerve wracking time whether you’re a nominee or just a fan! We can only imagine that, for these stars, having their kids with them on such big nights was far better than any honor they could receive. To see more celebs bringing their kids to award shows, click through the gallery above!