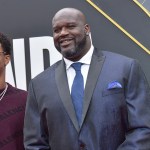 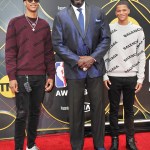 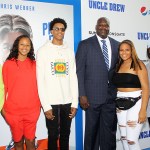 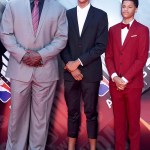 Shaq is a doting father to Me’arah, Shaqir, Amirah, Shareef, Myles, and Taahirah. Here’s everything to know about the former basketball player’s six children.

Shaquille O’Neal, commonly known as just Shaq, 49, might be known as one of the best basketball players of all time, but another title might occasionally elude him among fans given his vast empire: doting dad. The former basketball player is a proud dad to six children, more specifically, three daughters and three sons: Me’arah, 15, Shaqir, 18, Amirah, 19, Shareef, 21, Myles, 24, and Taahirah, 25, whom he shares with two former partners.

The sports analyst has spoken about his children before, previously offering insights on his tough love parenting style while speaking to PEOPLE in 2015. “I expect them to do their best,” Shaq said. “My son got a D on a paper one time, and he said he couldn’t find the information. I went off.” The former athlete joked, “I said, ‘Let me tell you something, buddy. You’ve got Google. You got Bing. What do you mean you can’t find it? When I was your age, I had to go to a neighbor’s house and buy an encyclopedia.’”

“The world is at our fingertips,” he continued. “As adults, we have to help kids realize that.” It might sound tough, but it’s clear the former basketball player loves his children. Below is everything you should know about Shaq’s six children, most of which whom take after their father and have basketball in their blood.

At 15, Me’arah is Shaq’s youngest child and one of the four children that he shares with his ex-wife Shaunie O’Neal. Like her father, basketball is in her blood. The teen plays for Crossroads School in Santa Monica, California as center. Her Instagram account is filled with photos and clips of her games. The high school teen has already received a number of offers for college basketball, including UCLA, Oklahoma State, and the University of Virginia.

At 18, Shaqir is Shaq’s youngest son and one of the four children that he shares with ex Shaunie. Like his father and his siblings, Shaqir plays basketball for Crossroads School in Santa Monica as forward. More excitingly so, the teen is college bound. Shaqir will attend Texas Southern University and play ball there, as he previously announced on Instagram back in April. Per ESPN, Shaqir said he chose the university to “change the narrative” on historically Black colleges. “You can expect a lot of buckets,” he said. “I’m trying to get to the league.”

At 19, Amirah is one of Shaq and ex Shaunie’s four children. No surprise here, but Amirah also plays basketball at the same high school as her younger siblings Me’arah  and Shaqir as forward. She will also soon join her younger brother Shaqir as a student at Texas Southern University, where she will also play ball. She announced the news on Instagram just last month and captioned the post, “I see the doubt in they faces, they didn’t think I would make it.”

At 21, Shareef is one of Shaq and ex Shaunie’s four children. He follows in his famous dad’s footsteps in more ways than one. Yes, like his family, basketball is also in his blood. Shareef is a college basketball player for the Louisiana State University Tigers, one of his dad’s alma maters. He initially began his collegiate basketball career at UCLA between 2018 and 2020 following his graduation from Crossroads. During that time, he actually underwent open heart surgery to repair an abnormal coronary artery that he was born with.

“The recovery was hard. It was hard to sit around and do nothing for almost a year,” Shareef previously told the Los Angeles Times. “So the mental side I had crazy thoughts in my head [and] people telling me this and that. I had to overcome. Every time I play, I still think about it. Every time I look in the mirror, I have this giant scar on my chest [that’s] going to be there forever.”

At 24, Myles is one of Shaq and ex Shaunie’s four children, although Shaq is not his biological father. Shaunie welcomed Myles with a former partner prior to marrying the famed basketball player, so the duo are stepfather and stepson — but the love is very much there. Myles would often share throwback photos with Shaq on his social media, including a birthday post for his dad with a “love you.” Unlike his siblings, Myles is not a basketball player but a TV personality and DJ. Along with appearances in his parents’ reality shows Basketball Wives, Shaq Life, and Shaunie’s Home Court, Myles has also appeared on The Hills: New Beginnings.

At 25, Taahirah is Shaq’s firstborn. The athlete shares his oldest daughter with his former girlfriend Arnetta Yardbourgh, whom he dated for four years in the 1990s prior to meeting Shaunie. Like her brother Myles, Taahirah has forged a different path from basketball and works as a social marketing and community outreach specialist. Per her LinkedIn, Taahirah is currently a communications assistant analyst at PepsiCo. On Shaq’s 49th birthday this year in March, Taahirah shared a sweet clip on Instagram of her dad receiving a massive gift box from her company.

“BEYOND thankful for my @pepsistrongertogether family,” she captioned the post. “My team and I surprised him a few nights ago with all his favorite things. Pops was SO happy. He will never forget his birthday this year.”