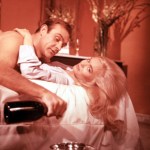 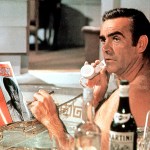 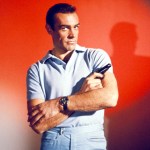 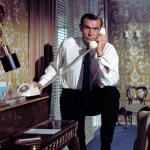 Sean Connery sadly passed away on Oct. 31 at the age of 90. To remember him, we’re taking a look back at some of the most memorable moments in his incredible career and life.

Sean Connery is one of the film industry’s most recognizable faces, so when news of his death at the age of 90 made headlines on Oct. 31, everyone was in mourning. The Scottish actor sadly died in his sleep overnight in Nassau, Bahamas, his son Jason Connery, confirmed to BBC News. The doting son also told the network that his dad “had many of his family who could be in the Bahamas around him” at the time of his passing.

“We are all working at understanding this huge event as it only happened so recently, even though my dad has been unwell for some time,” Jason said. “A sad day for all who knew and loved my dad and a sad loss for all people around the world who enjoyed the wonderful gift he had as an actor.”

As the world processes the heartbreaking passing of Sean, we’re honoring him by taking a look back at what he’s left behind in pictures. From incredible roles, including the iconic one of the original James Bond, in some of the biggest films of all time, to winning some of the most prestigious awards, such as his Academy Award in the Best Supporting Actor category for his role in 1987’s The Untouchables, he’s definitely made his mark. He’s come a long way from his first job as a milkman, and what a gift he brought to the world.

Before he started his acting career at Scotland’s King’s Theatre in 1951, Sean took part in other important things, like joining the Royal Navy in 1946 when he was just 16, and bodybuilding when he was 18. He also became a footballer and played for Bonnyrigg Rose when he was young. Other work he had before entering the industry that would help him become known as legendary, included gigs as a lifeguard, an artist’s model for the Edinburgh College of Art, and even a coffin polisher.

Once Sean’s acting career got off to a start in the 1950s, he just kept impressing over the years. His role as the original James Bond in films like Dr. No in 1962, You Only Live Twice in 1968, Diamonds Are Forever in 1971, and Never Say Never Again in 1983 was something that left a lasting impression and gave him the opportunities to appear in many other amazing roles. Some of his other best known work includes A Bridge Too Far, Indiana Jones and the Last Crusade, Dragonheart, and Finding Forrester. His talent and hard work in the industry also allowed him to be knighted in the 2000 New Year Honours and he was given the lifetime achievement award with a Kennedy Center Honor in 1999.

Take a look at some of the best times in Sean’s incredible life in the gallery above.