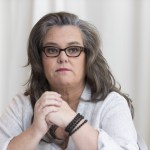 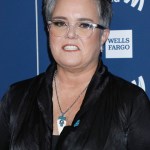 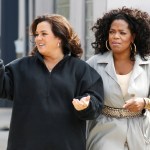 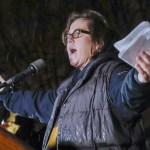 Between her two marriages, Rosie O’Donnell has adopted four children and been an advocate for same-sex couples to adopt.

Rosie O’Donnell, 59, is a comedy and talk show icon. From her roles in Will & Grace to her own series The Rosie O’Donnell Show, Rosie has been a staple of the entertainment industry for decades. Other than her comedy and acting, Rosie has been a strong advocate for the LGBTQ+ community, and she’s been open about her relationships and family. She was with her first wife Kelli Carpenter for years, and the pair were briefly married in 2004, before they broke up in 2007. The two adopted four kids together. She married the late Michelle Rounds in 2012, and they adopted one daughter together, before they split up in 2015.

Rosie has been an a strong advocate for adoption for same-sex couples. After she wasn’t able to adopt a child she fostered, because of her sexual orientation, she wanted to work to change laws to allow same-sex couples to adopt. ” I never in my life had been persecuted against for being a gay person, although I do understand that gay people go through that on a constant and daily basis. It was not at all my reality,” she told Larry King in a 2002 interview on CNN. “When I was not allowed to adopt a foster child I had raised in my home for 16 months, a child who had been in the system since she was a baby, who had been in 20 other homes and had never been able to stay, when the state of Florida said to me, ‘You are unworthy because you’re gay,’ I said it is time for me to stand up and say this law is wrong. And that’s why I did it.”

Through her advocacy and frequent social media posts of her children, it’s clear that Rosie has a strong bond with all of her kids. Find out more about all five her children here!

Rosie adopted her eldest son with Kelli in 1995, when he was a baby. Parker, 26, has grown into quite the young man, and he grew up to join the marines. He attended Valley Forge Military Academy and College. During an appearance on The View, Rosie raved about how proud she was of her son, and joked about how unexpected his decision to join the armed forces was. “How do you annoy your left-wing, liberal, pacifist mother? You become a big military man,” she said.

Rosie adopted her oldest daughter Chelsea, 24, in 1997. Chelsea and her mom have had a bit of tumultuous history together, and they haven’t always seen eye-to-eye. Rosie’s daughter went missing back in August 2015, when she was just 17-years-old. She was found to be staying with a 25-year-old heroin addict, who had claimed that they had started dating after meeting on Tinder, where Chelsea had lied about her age, via People. A month later she moved out to stay with her biological mother.

After moving out, Chelsea spoke about her relationship with Rosie in an October 2015 interview with DailyMail. Chelsea claimed she was “raised by nannies,” and spoke about some of the issues that she took with her mom. “I find her not genuine a lot of the time. When we’d go out, she was a completely different person in public than at home and I had a hard time with that. It’s like two different people,” she said at the time. As news broke about Chelsea’s estrangement, Rosie spoke about their troubled relationship in her comedy, per Entertainment Tonight. She spoke about her love for daughter, but also mentioned that she suffered from a mental illness that also strained their relationship. “Chelsea just turned 18. For adopted children 18 is a magic number,” she said in a set at the time. “At 18 they’re gonna rebel any way they can, any way they can get your attention.”

Despite their difficult back and forth, Chelsea and Rosie seem to have made up and become close again. Chelsea gave birth to her first child, and Rosie’s first grandchild Skylar Rose, 3, in December 2018. Rosie also wished Chelsea a happy birthday with a photo of her daughter and granddaughter in August 2020.

Rosie adopted her third child Blake, 22, in December 1999. While not much is known about Blake, his mom does share plenty of photos of her son on her Instagram, along with pictures of him and his girlfriend Teresa. Rosie shared lots of photos of the young couple in awesome Halloween costumes in October 2021, where the pair dressed as Steve and Blue from Blue’s Clues and characters from Phantom of the Opera in another photo. Other than the photos, the former View host did share that she had dropped him off at Marist College back in August 2018 in an emotional tweet.

Kelli and Rosie adopted their youngest daughter together Vivienne, 19, in November 2002. Amid the COVID-19 pandemic, it seems like Rosie and Vivienne bonded a lot by doing dances together, and the comedian shared a few of them to her Instagram for the sweet mom and daughter bonding moments. Other than dances, she’s kept Vivienne out of the spotlight, but she did announce that she had graduated from high school in June 2021 on Instagram.

Rosie adopted Dakota, 9, with her ex-wife Michelle in January 2013. Sadly, Michelle took her own life in 2017, two years after she and Rosie divorced. Rosie and Dakota definitely have a strong mommy-daughter bond! While the comic has shared plenty of pictures of all of her kids, Dakota has made the most appearances on her Instagram in sweet photos and silly videos together. Rosie has shared tons of funny and cute videos of her youngest daughter, including her leaving nuts out for squirrels or the two of them speaking with a funny voice filter on.