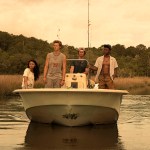 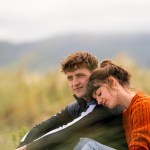 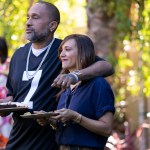 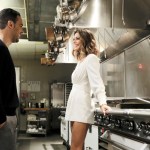 Most of us are quarantined at home and we all need some new TV content to consume. From the teen thrill ride of ‘Outer Banks’ to the Michael Jordan docuseries, these are the new shows worthy of watching and binging.

Life is looking very different these days. Being quarantined at home means we’re all watching more TV than ever. The ongoing health crisis has impacted all aspects of our lives, but there are plenty of new shows that will grab your attention. HollywoodLife has rounded up new and upcoming shows that you should consider.

Netflix’s Outer Banks is the teen drama that’ll be a throwback for millennials. Hulu’s Normal People is that romantic drama we’ve all been missing and a treat for fans of the book. If you’re a reality show fan, The Bachelor has another spinoff for you to watch (and tweet about) while at home. Chris Evans is also coming to television during this dark time and playing a dad nonetheless. There’s something for everyone to watch right now. And, hey, why not try something new while you’re at it?

Outer Banks (Netflix) — April 15
If you’re looking for a fun adventure with a fresh cast and beautiful location, look no further than Outer Banks. This new Netflix teen drama follows a group of friends who stumble into an epic treasure hunt after a hurricane blows across their island. Outer Banks will take you on a wild journey full of twists and turns. The show has a major nostalgic feel and gives off major ’00s teen drama vibes. The cast — Chase Stokes, Rudy Pankow, Madison Bailey, Jonathan Daviss, and Madelyn Cline — are a set of talented breakout stars you’ll love. Live your best Pogue life and watch it.

Normal People (Hulu) — April 29
Sally Rooney’s bestselling novel is getting the TV treatment. The series follows the complicated relationship between Marianne and Connell, starting from the end of their school days to college. Over the years, Marianne and Connell branch out in different relationships and opportunities but their connection to each other can’t be severed. They are continually drawn back to each other, like magnets. Daisy Edgar-Jones and Paul Mescal are stellar as Marianne and Connell. Their chemistry is palpable. Just a look between them is enough to speak volumes. Paul, in his first television role, has a career-making performance in Normal People.

#blackAF (Netflix) — April 17
#blackAF is the funniest comedy of the year so far. Kenya Barris, the Emmy-nominated creator of black-ish, stars in the Netflix series that’s loosely inspired by his life. Rashida Jones has never been better and her chemistry with Kenya is pure comedic perfection. Don’t sleep on these kids, either. Every single cast member in this series is laugh out loud funny. Genneya Walton, Iman Benson, Scarlet Spencer, Justin Claiborne, and Ravi Cabot-Conyers hold their own with Kenya and Rashida.

Belgravia (Epix) — April 12
Period dramas are hard to come by right now, but Belgravia has arrived to fill the Downton Abbey hole in your heart. The limited series, based on Julian Fellowes’ novel of the same name, is about secrets and scandals between two families that simmer for decades before bubbling over. While it’s not Downton Abbey, the performances are solid and you’ll be transported back to a different time, which is what we all want right now.
The Bachelor Presents: Listen To Your Heart — April 13
Bachelor Nation just keeps on growing. This newest spinoff puts a musical twist on the journey to find love. These very attractive contestants are looking for the kind of love Jackson and Ally had in A Star Is Born. Since this is a Bachelor Nation show, there’s going to be drama galore and lots of tears. It’s a hot mess but a fun kind of hot mess. One thing’s for sure: we’re definitely going to witness the most dramatic musical performance ever.
The Last Dance (ESPN) — April 19
This 10-part documentary series is taking an in-depth look at the one and only Michael Jordan. While the series chronicles Michael’s last season with the Chicago Bulls, it also explores all chapters of his life with basketball — from a high school star to a Tar Heel to an NBA tour de force. The docuseries features one-on-one interviews with Michael, Scottie Pippen, Dennis Rodman, Steve Kerr, Phil Jackson, Larry Bird, Magic Johnson, Bill Clinton, Justin Timberlake, Nas, Barack Obama, and the late Kobe Bryant. Michael is back in the spotlight once again and we wouldn’t have it any other way.
Mrs. America (FX on Hulu) — April 15
The new series tells the story of the movement to ratify the Equal Rights Amendment (ERA), and the unexpected backlash led by a conservative woman named Phyllis Schlafly. Mrs. America is told through the eyes of Phyllis and prominent women of 1970s like Gloria Steinem, Betty Friedan, Shirley Chisholm, Bella Abzug, and Jill Ruckelshaus. Cate Blanchett and Rose Byrne anchor the series with their excellent performances as Phyllis Schlafly and Gloria Steinem. They’re supported by a terrific cast that also includes Margo Martindale, Uzo Aduba, Elizabeth Banks, Tracey Ullman, and Sarah Paulson. With a cast like this, you simply can’t ignore Mrs. America.
The Baker & The Beauty (ABC) — April 13
The Baker & The Beauty is absolutely delightful. In a time when we all just want a little escape from the real world, this ABC romantic-comedy is like biting into a just-baked cookie. It just feels so good. You know that getting wrapped up in Daniel and Noa’s love story is going to be a fun ride, so just hop on. In addition to the romance aspect, Daniel’s family is charming and so darn lovable.
Defending Jacob (Apple TV+) — April 24
Chris Evans is in a TV show and plays a dad — need we say more? But really, this show truly stands on its own, even if you aren’t a Captain America fan. The 8-episode series, based on the novel of the same name, stars Evans, Michelle Dockery, and Jaeden Martell. Their family is rocked by a shocking crime that forces an assistant district attorney to choose between upholding justice and his unconditional love for his son, who is accused of murder. There are plenty of jaw-dropping twists that will keep you on your toes with every episode. Evans, Dockery, and Martell shine in their performances. You’ll be asking yourself until the very end: did Jacob do it?
Home Before Dark (Apple TV+) — April 3
Hilde Lisko may be little, but she packs a punch. Home Before Dark is one of Apple TV+’s best series so far. Young Hilde, played by a fantastic Brooklynn Prince, is an investigative journalist who finds herself digging into a cold case in the small lakeside town where she lives. This case is one that her own father (an always good Jim Sturgess) has tried hard to leave in the past. Home Before Dark is the perfect show to watch with your family, especially if you have younger ones running around the house. With her performance, Prince continues to prove why she’s one of the best young actresses in Hollywood right now.
Hollywood (Netflix) — May 1
Ryan Murphy’s latest TV show takes place during Hollywood’s Golden Age and focuses on a group of aspiring actors and filmmakers as they try to make it big. There’s a Ryan Murphy twist, though. Hollywood will also explore what the industry would have been like if certain power dynamics had been demolished. The series stars many of Ryan Murphy’s faves like Darren Criss, Dylan McDermott, David Corenswet, and Patti LuPone.