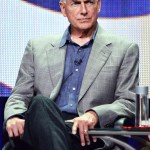 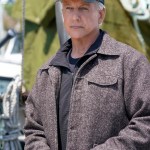 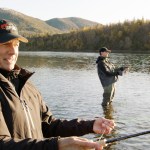 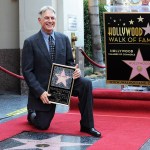 ‘NCIS’ lost its longtime leader when Mark Harmon left the CBS juggernaut at the beginning of its 19th season. So what does this mean for the show? Here’s what we know about the future of ‘NCIS.’

NCIS bid farewell to Mark Harmon’s beloved character Gibbs in the October 11 episode. Mark had been with the show since its very first season in 2003. The character Leroy Jethro Gibbs was introduced even before NCIS premiered. Mark first played the character on the CBS series JAG.

As for what’s next for NCIS beyond season 19 in the wake of Mark’s exit, time will tell. HollywoodLife has rounded up what we know about the future of NCIS, why Mark left the show, and if he’ll ever return.

Is ‘NCIS’ Coming To An End?

NCIS is currently in its 19th season. CBS has not announced whether or not there will be a season 20 of NCIS. Season 19 wasn’t confirmed until April 2021, so it could be a while before fans know if NCIS will return for another season. CBS has also not said if season 19 could be the final season of TV’s most-watched drama.

Why Did Mark Harmon Leave ‘NCIS’?

While fans reacted in real-time to Mark’s exit from NCIS, it was revealed by The Hollywood Reporter months before that Mark would be returning to the show in a “limited capacity” in season 19. Mark, who is also an executive producer, signed a one-year deal to return for season 19.

Mark has not spoken publicly yet about his departure from the long-running TV series. According to THR, when the actor reportedly heard that CBS would end NCIS if he left, he started conversations with the network and producers to return for a “handful of episodes” if it was renewed. NCIS did end up getting the green light for season 19, but CBS has not announced whether or not this will be the final season.

How Did Mark Harmon Leave The Show?

When a stunned McGee asked Gibbs what he was looking for in Alaska, Gibbs replied, “I don’t know. My gut’s telling me I’ll know when I find it.” He had found a “sense of peace” after losing his first wife Shannon and daughter Kelly that he was “not ready” to let go of yet.

“I could not have hoped for anyone better to watch my back for the past 18 years than you, Tim,” Gibbs told McGee. The partners shared a sweet hug, and then McGee left Gibbs out on the water as he returned to Los Angeles to continue working.

Will Mark Harmon Return To ‘NCIS’?

Gibbs’ future was left open-ended in the October 11 episode. He seemed to be retiring from his longtime post in the wake of being nearly killed in a boat explosion in the season 18 finale. Just because Gibbs won’t be in every NCIS episode moving forward doesn’t mean we’ll never see him again.

“As an executive producer and dear friend, Mark continues to be an integral part of the fabric of the show,” NCIS executive producer and showrunner Steven D. Binder said in a statement. “Our north star has always been staying true to our characters, and that truth has always guided the stories we tell and where those characters go. So regarding the future of Gibbs, as long-time fans of the show may have noticed over the years … never count Leroy Jethro Gibbs out.”

Gibbs leaves behind his team that includes Sean Murray as Special Agent Timothy McGee, Wilmer Valderrama as Special Agent Nick Torres, Brian Dietzen as Dr. Jimmy Parker, Diona Reasonover as Forensic Scientist Kasie Hines, Rocky Carroll as NCIS Director Leon Vance, and David McCallum as Dr. Ducky Mallard. Katrina Law first appeared as Special Agent Jessica Knight in the final 2 episodes of season 18, and she has since been made a series regular in the 19th season.

Veep alum Gary Cole joined the cast of season 19 as FBI Special Agent Alden Parker. Back in June 2021, THR noted that “sources caution that Cole’s character is not replacing Harmon’s.”

Emily Wickersham, who played NCIS Special Agent Ellie Bishop since season 11, left the show at the end of season 18. Bishop resigned from her job after it was revealed she had leaked an NSA document a decade earlier. But it was just a ruse so she could go undercover. Emily spoke out about her departure in a May 2021 Instagram post.

“Hangin this hat and jacket up,” she captioned a series of photos. “What a great ride it’s been. This cast, this crew, are top notch. I can’t say enough kind words about this group that I’ve had the pleasure of working with for close to 8 years now and 172 episodes later. This business is finicky and weird and consistency is a rarity. I’ve been lucky enough to be a part of a show where I got to show up and act and laugh and learn with wonderful people. A moment in time I surely won’t forget. Thank you CBS and NCIS for including me in a part of television history. Time goes fast. Eat it up but chew slowly.”