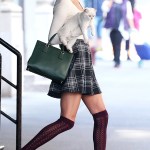 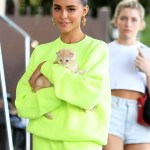 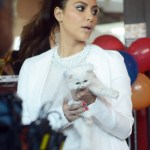 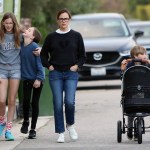 Happy National Cat Day! Some of our favorite celebs, like Taylor Swift, are cat lovers, and we’ve rounded up their cutest photos with their kitties to celebrate.

When you think of celebrity cat lovers, there’s one star who instantly comes to mind — Taylor Swift, of course! Tay is a self-proclaimed “cat lady,” and the “Lover” singer could not be more obsessed with her cats, Meredith and Olivia. If you haven’t guessed yet, they’re named after Dr. Meredith Grey (Ellen Pompeo) from Grey’s Anatomy and Detective Olivia Benson (Mariska Hargitay) from Law & Order: SVU. Taylor, 29, is often posting photos of herself with her pets on social media, and even labeled VIP sections for her Reputation stadium tour as “Club Meredith” and “Club Olivia.” Iconic! Meredith and Olivia even made an epic cameo in her friend Ryan Reynolds’ film, Deadpool 2, when he wore a shirt with their photo on it. Tay’s our modern day Kitty Queen, but Melanie Griffith will always be the most extra. The Working Girl star, 62, is the daughter of Hitchcock muse Tippi Hedren, 89, who famously owned a pet lion!

Yes, you read that right. Their lion, Neil, was domesticated, and the family had a trainer on hand to keep an eye on the beast. As the story goes, in 1969, Tippi and her producer husband, Noel Marshall, were filming Satan’s Harvest in Africa, and came across an abandoned house that had been taken over by lions. They were instantly inspired to make a film about living in a house with lions, based on what they saw. And in order to make the movie more authentic, they did just that. They “adopted” their 400 baby Neil, and ultimately brought six lion cubs to their home in Hollywood. Eventually, after Neil clawed a teenage Melanie in the face (he slept in her bed!), the family moved the pride to a nature preserve.

The scary encounter didn’t stop the family from loving cats big and small. Tippi lives in a cottage on her Shambala Reserve in Acton, California to this day! So, Neil and fam weren’t exactly Tay, Meredith, and Olivia, but they were loved fiercely (get it?) nonetheless. Mandy Moore is another major cat lover. The This Is Us star, 35, had a beautiful, sweet tuxedo cat named Madeline, who tragically died the night before her November 2018 wedding to Taylor Goldsmith. Mandy called her wedding weekend a “roller coaster of emotions” after announcing her beloved cat suffered from an enlarged heart. “It had to be true because there wasn’t a sweeter, more affectionate cat in all the land,” she said in a beautiful tribute on Instagram.

Click through the gallery above to check out photos of these cat lovers and more, including Gigi Hadid and Emmy Rossum, among many others. We can’t get enough of their adorable furry friends!