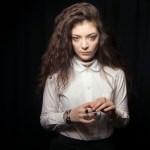 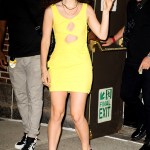 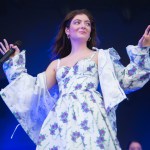 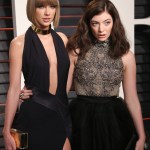 It’s almost time to praise the ‘Lorde’ of summer. The ‘Royals’ singer is about to drop her new album, ‘Solar Power,’ and here’s what we know about this long-awaited project.

When Lorde revealed her new single – along with the revealing cover art – in early June 2021, fans were hyped, to put it mildly. Though many online were caught up in the “sun’s out, buns out” motif of the artwork that announced “Solar Power,” Lorde’s followers were quite emotional. After all, it had been years since they last heard new music from the New Zealand native, and the dry spell was finally over.

“Solar Power” arrived nearly four years to the day that Lorde dropped Melodrama, her 2017 album that contained her hit single “Green Light,” as well as “Perfect Places,” “Liability,” “Sober,” and “Homemade Dynamite.” The album – which has been certified Gold by the RIAA and went double-platinum in New Zealand – arrived four years after Lorde’s breakthrough, Pure Heroine. The triple-platinum contains her Diamond-certified single “Royals,” as well as “Tennis Court,” “Ribs,” “No Better,” and the four-time Platinum, “Team.” It seems Lorde releases albums in a four-year cycle, so fans were watching their clocks – or in the case of “Solar Power,” their sundials – for news of this new project.

Critics were also happy to have new music from Lorde. “Solar Power” was called “a soft-touch anthem for the season’s simple pleasures” by Pitchfork, while NME gave it five stars and called it “a quietly but supremely confident return.” This marked just the beginning of the season of Lorde, which should reach its equinox when she drops her new album. Here’s what we know about it so far.

What Is Lorde’s New Album Called?

.Lorde’s next album will be called Solar Power. She confirmed the album’s title in a June 2021 email to fans, one month after releasing the title track (and religious-themed music video). She also announced that Solar Power would not be released as a CD, but a disc-less, eco-conscious alternative called a “Music box.”

“I decided early on in the process of making this album that I also wanted to create an environmentally kind, forward-thinking alternative to the CD,” Lorde wrote in the letter. “I wanted this Music Box product to be similar in size, shape, and price to a CD, to live alongside it in a retail environment, but be something which stands apart and that’s committed to the evolving nature of a modern album.” The “Music Box” will include, per Billboard, additional visual content, handwritten notes, exclusive photos, and a download card; the card will let customers access the album, two exclusive bonus tracks, and other “special surprises” to be announced later.

When Will Lorde’s New Album Be Released?

Lorde’s next album, Solar Power, arrives on August 20, 2021. She also announced a 2022 world tour, which begins in her native New Zealand, heads to Australia before arriving in North America – Nashville, Tennessee, to be precise – on April 3. Tickets are on sale now.

Lorde shared that she was working on a project in a November 2020 newsletter and that her 2019 trip to Antarctica inspired the new album. “When I went to Antarctica, I hadn’t yet started writing again after finishing Melodrama,” she wrote, per Cool Accidents. “I realized after the trip that what my brain had been craving was a visit to an alternate realm. Albums live in their own realms in a way, and Antarctica really acted as this great white palette cleanser, a sort of celestial foyer I had to move through in order to start making the next thing.”

“In the plane coming down to land, I had this very intense bolt-of-lightning thought, which in all its eloquence was literally ‘DON’T MAKE SHIT RECORDS,’ lol,” she added. “I’ll always hold this trip up as a life highlight for many reasons, but I’m particularly grateful for it as one that showed me the beginnings of the new world which I continue to build, and am very excited to start showing you soon.”

What Is Lorde’s New Record Going To Sound Like?

Expect Solar Power to be the soundtrack that all your hippie/vsko girl/summer-cottagecore friends play on repeat.

“The album is a celebration of the natural world, an attempt at immortalizing the deep, transcendent feelings I have when I’m outdoors,” Lorde wrote in a newsletter she sent right after releasing the title track. “In times of heartache, grief, deep love, or confusion, I look to the natural world for answers. I’ve learnt to breathe out, and tune in. This is what came through…I want this album to be your summer companion, the one you pump on the drive to the beach. The one that lingers on your skin like a tan as the months get cooler again.”

Lorde’s fans knew an album was in the works. “I started going back to the studio again in December, just for something to do, and to my surprise, good things came out,” the singer said in a surprise email to fans that she sent in May 2020. “Happy, playful things. I felt my melodic muscles flexing and strengthening. Jack [Antonoff] came over to work in the studio in Auckland, and I went to LA. It flowed. A thing started to take shape. And then, of course, the world shut down. We’re still working away — Jack and I FaceTimed for over an hour this morning going over everything. But it’ll take a while longer.”

After extolling the virtues of waiting with some folksy metaphors (“I get this feeling when I make bread, or put my seedlings in after the last frost, or even when I wait for a particular package to arrive”), Lorde shared what fans could expect on this then-untitled new album. “I can tell you, this new thing, it’s got its own colours now,” the New Zealand native wrote. “If you know anything about my work, you’ll know what that means… The work is so f-cking good, my friend. I am truly jazzed for you to hear it.”

What Songs Are Going To Be On Lorde’s New Album?

When Lorde revealed the title of Solar Power, she also shared the tracklist. One might think she’s leaning more into the Biblical imagery on “Fallen Fruit” — “Come one, come all, I’ll tell you my secrets / I’m kinda like a prettier Jesus,” she sings on “Solar Power” — and the “secret” theme comes back on “Secrets From A Girl (Who’s Seen It All).”

Who Will Feature On Lorde’s New Album?

There might be some surprise cameos on Solar Power. As the above track listing shows, there are no advertised “features.” However, “Solar Power” had Jack Antonoff on drums and guitar, while Phoebe Bridgers and Clairo sung backup vocals on the track. So, fans will have to peer through the eco-conscious liner notes to determine if anyone else makes a guest appearance on the track.

Get ready to celebrate the sun and embrace an endless summer, all thanks to the new queen of the season, Lorde. Solar Power arrives on Aug. 20.