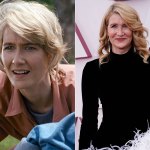 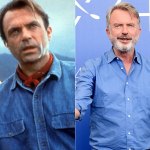 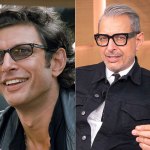 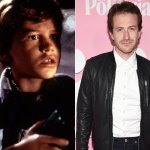 Summer 2022 is going to be all about the dinosaurs. From the release date to those big returns, here are the latest updates about ‘Jurassic World: Dominion.’

After COVID-19 delays, Jurassic World 3 has finished filming and is now in post-production. From the cast to the release date to what we know about the plot, here’s the latest news about Jurassic World 3.

Where ‘Jurassic World 2’ Left Off

Jurassic World: Fallen Kingdom was released in 2018. In the sequel, Claire has now founded the Dinosaur Protection Group, which is dedicated to saving and protecting the dinosaurs. The government refuses to fund a rescue operation that would save the dinosaurs on Isla Nublar upon the advice of Ian Malcolm. Claire ends up at Sir Benjamin Lockwood’s estate, where Lockwood lives with his granddaughter, Maisie Lockwood. Lockwood was a former business partner of John Hammond. 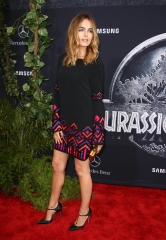 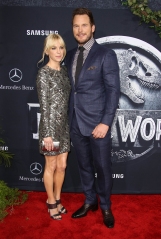 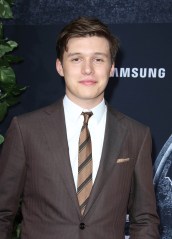 Lockwood agrees to fund the rescue operation and bring the dinosaurs to a new island where they will be left to live in peace. Lockwood’s assistant, Eli, asks Claire to bring in Owen Grady to retrieve Blue, who is the last surviving Velociraptor.

Claire and Owen head off to the island with Zia Rodriguez and Franklin Webb. When they arrive, they find Ken Wheatley, who is serving as an expedition facilitator. Owen, Zia, Wheatley, and other mercenaries search to find blue. Right away, things turn awry when Wheatley tranquilizes Blue. In retaliation, Blue kills a mercenary, but she is shot in the process. Owen is tranquilized by Wheatley. Zia says she is the only one who can keep the injured Blue alive.

Meanwhile, Claire and Franklin get locked in the old communications center after Mt. Sibo erupts. Owen eventually awakens just before the lava reaches him. He reunites with Claire and Franklin. The trio avoids death a number of times as they try to run to safety. Franklin, Claire, and Owen make it onto the mercenary ship with captured dinosaurs just before it departs. They’re forced to watch the other dinosaurs left on the island die as the volcano continues to erupt. Claire, Franklin, and Owen find Zia and help save Blue using Tyrannosaurus blood.

The dinosaurs are taken to the Lockwood estate. Lockwood’s granddaughter overhears Eli planning to auction off the dinosaurs to the highest bidder. Eli and the auctioneer will also unveil the Indoraptor, the weaponized hybrid dinosaur created by Dr. Henry Wu. The reason why Blue is so important is that Wu needs Blue’s DNA to create the final version of Indoraptor.

Maisie tells her grandfather about the auction. Eli murders Lockwood after Lockwood tries to confront him. In a shocking twist, it’s revealed that Maisie was cloned from Lockwood’s dead daughter. This was the reason John Hammond and Lockwood had a falling out.

Maisie frees the rest of the caged dinosaurs. Eli is killed by the Tyrannosaurs rex on his way out. Owen, Claire, Maisie, Zia, and Franklin escape the manor grounds as do the other dinosaurs. The final moments of the film, Ian Malcolm says that a Neo-Jurassic Age is just beginning, and humans and dinosaurs must learn to co-exist. The freed dinosaurs are now roaming free in the modern world.

What’s In Store For ‘Jurassic World 3’

Jurassic World 3, officially titled Jurassic World: Dominion, will be released on June 10, 2022. The film was initially expected to release on June 11, 2021, but the movie was delayed due to the COVID-19 pandemic.

Principal photography began in February 2020. The bulk of filming was beginning to get underway when production was halted on March 13, 2020, because of the pandemic. Production didn’t start back up until July 6, and the cast and crew had to follow strict COVID protocols until filming ended on November 7. Filming took place in British Columbia, Malta, and the U.K. at Pinewood Studios.

The Jurassic World: Dominion shoot “required 40,000 COVID tests, millions of dollars spent on protocols, and for cast and key crew to isolate in a bubble for months,” according to Deadline. The outlet reported that .25% of the tests came back positive. Filming halted in October 2020 after positive tests results, but they were eventually found to be false positives.

“Woke up to the news we had a few positive Coronavirus tests on Jurassic World: Dominion. All tested negative shortly after, but due to our safety protocols we’re going to pause for two weeks. Back soon,” Colin tweeted.

Jurassic World director Colin Trevorrow also told Deadline, “We lived together, ate together, told stories, shared our fears and hopes, played Frisbee on the lawn… there was a lot of laughter at a time when it has been hard to find things to laugh about.”

Jurassic World 3 will take place in 2022 and will be the final film in the Jurassic World trilogy. “Everything in my mind has always been pretty much present-day,” Colin told ScreenRant. “So Big Rock took place a year or so after Fallen Kingdom in 2019, when it came out, and the T-Rex has just been out in the Sierra Nevada forest where they all escaped to. It’s absolutely massive; it’s a whole section of the state. And so she’s just been living in there; they’ve been struggling to catch her for a very long time. So this is about four years later – it’s when the movie comes out, so 2022.”

The story of Jurassic World 3 is being kept under wraps for now. However, Colin did tease a bit about the film in an interview with Collider. “It’s got a little bit of Bourne and Bond and a bit of a spy movie thrown into it too. Spy movie, science thriller with dinosaurs,” Colin revealed.

The special preview includes a prologue to the film’s narrative and is set 65 million years ago, during the Cretaceous period, when dinosaurs roamed the entire Earth. The scenes reveal what Earth looked like long before humans existed and tell the origin story of how dinosaur DNA first came to be carried by a mythic mosquito. The preview introduces 7 new species of dinosaurs that have never been seen in any Jurassic film before. The extended look eventually segues into a present-day scene of the Tyrannosaurus rex.

Laura Dern, Sam Neill, and Jeff Goldblum will also be returning to reprise the roles they first played in the 1993 blockbuster Jurassic Park. They starred as Ellie Sattler, Alan Grant, and Ian Malcolm. Campbell Scott will reprise the role of Lewis Dodgson for the first time since The Lost World. The original Jurassic Park was released in 1993 and grossed over $912 million in its original theatrical run.

In October 2020, Sam posted a photo with Laura and Jeff at Pinewood Studios outside The Richard Attenborough Stage. Richard, who passed away in 2014, notably played John Hammond in Jurassic Park and its sequel. Sam teased that the cast was facing their “greatest dinosaur terror yet.”

“Nobody was hard to get,” Colin told Collider about the return of Sam, Laura, and Jeff. “Everybody was so … They all felt like they had something to say, and these are real actors who … They’re not going to come back … It’s not about money. They are so proud of the roles that they played back in 1993, that if they’re going to come back and be in a movie, they really wanted to feel like they were going to be able to grow with those characters and really tell us something new about them and their place in the world that we didn’t already know.”