Over 40 years after his death, John Lennon remains an icon in the music industry. The singer-songwriter and peace activist had such an incredible career as a co-leader and guitarist of The Beatles, which sent him to international stardom. But in December 1980, John was gunned down by Mark David Chapman, who still remains incarcerated until this day. At the time of his death, John was married to Yoko Ono, 88. Before that, he had a complex marriage to Cynthia Powell from 1962 and 1968. Both relationships were widely-publicized in the press, and they’re still talked about today. Learn more about Yoko and Cynthia below. 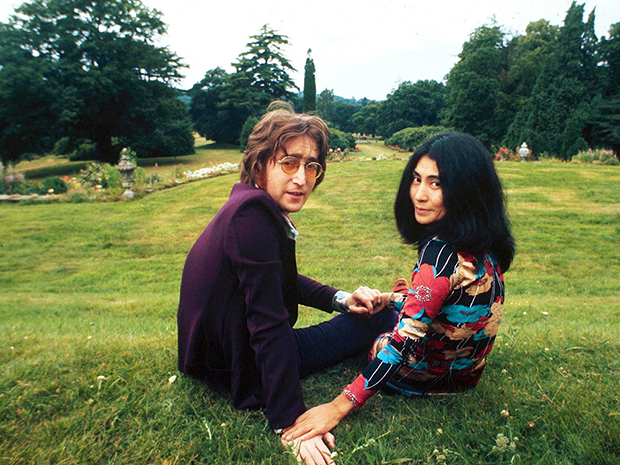 John started up an affair with Yoko Ono while he was married to Cynthia. The two met on November 9, 1966 at the Indica Gallery in London. Yoko was preparing her art exhibit and she was introduced to the famous musician by gallery owner John Dunbar. The couple eventually slept together in May 1968 while Cynthia was away on holiday, Yoko previously said. Cynthia eventually learned of the pair’s affair and ended her marriage to John. A year later, Yoko and John got married. The nuptials marked Yoko’s third marriage: she had was previously married to Toshi Ichiyanagi from 1956 to 1962, and to Anthony Cox from 1963 to 1969. With Anthony, she welcomed daughter Kyoko Chan Cox, who is now 58 years old.

Yoko and John were very involved in peace activism together during their marriage. The couple even used their honeymoon to publicly protest the Vietnam War. They also recorded music together. On October 9, 1975, Yoko and John welcomed son Sean Lennon, 46. Five years later, John was shot to death while the couple were going into their New York City apartment at The Dakota. Before the fatal shooting, John and Yoko were recording her song “Walking On Thin Ice.” The track was released as a single less than a month after John’s murder and it became a huge hit.

Ever since John’s death, Yoko has continued preserving the icon’s legacy. She’s made many philanthropic contributions to peace activism, disaster relief, and more causes. She’s a producer of the new The Beatles: Get Back documentary on Disney+, which she’s also featured in. Yoko also remembers John each year on the anniversary of his death, as well as on his birthday on October 9. Yoko has since withdrawn from public life, and son Sean now acts as the public representative for their family’s interest in the Beatles’ business, according to the New Yorker.

John met Cynthia while they were students at the Liverpool College of Art in 1957. At the time, Cynthia was engaged to another man, and John was dating a student named Thelma Pickles, but both decided to break off their respective relationships and start dating each other. After some time dating, John slapped Cynthia out of jealousy, and she ended the relationship. But three months later, Cynthia got back with John once he apologized. The couple continued to have an up-and-down relationship, and in 1962, Cynthia learned she was pregnant. This led John to insist the pair marry, which they did on August 23, 1962 at a London register’s office. At the time, Beatles manager Brian Epstein insisted John and Cynthia keep their marriage a secret to preserve the group’s image. Their son Julian Lennon, 58, was born on April 8, 1963, and afterwards the press confirmed that John and Cynthia had gotten married.

It’s been reported over the years that John had many affairs during his marriage to Cynthia. One of those affairs involved Yoko Ono. After Cynthia discovered that relationship, she and John got a divorce in November 1968 and he continued seeing Yoko. Cynthia got married three times after her divorce from John: first to Roberto Bassanini from 1970 to 1976, then to John Twist from 1978 to 1982, and finally to Noel Charles, from 2002 until his death in 2013.

During her marriage to Twist, John was murdered in Manhattan, New York. She learned of the tragic 1980 event from Ringo Starr while she was staying with his ex-wife, Maureen Cox. “Ringo phoned from New York, because he heard the news [of John’s death] first, he’d phoned Maureen,” Cynthia said in 1995, according to Rolling Stone. “And Maureen came up to my room to tell me in the middle of the night, and then all hell let loose after that. It was horrible.” After John’s death, Cynthia auctioned off many of his memorabilia. She also published her own biography, John, in 2005. She lived in Calvia, Mallorca up until her death at the age of 75 on April 1, 2015 following a short battle with cancer. Her son Julian was by her side when she passed.