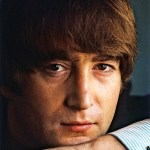 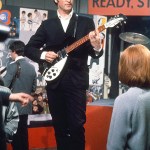 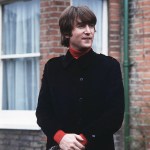 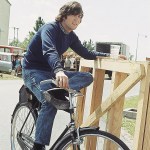 It’s hard to believe, but it’s been 37th years since John Lennon was ruthlessly murdered on his own doorstep. Learn more about the details of the iconic singer’s death here.

John Lennon was only 40 years old when he was murdered by a fan in New York City on December 8, 1980. The Beatles legend-turned-solo star and activist had a busy day with wife , Yoko Ono, leading up to his death. It’s hard to believe it, but one of the most famous photos of the singer and his wife was taken just hours before his murder. John and Yoko were at a photoshoot with Annie Leibovitz earlier in the day, creating the iconic photo of a naked John curled up next to his wife on the floor. It was intended to be the cover of an upcoming issue of Rolling Stone.

After the photoshoot was over at their apartment in the Dakota building, across the street from Central Park, John and Yoko headed out to cut a song at a recording studio. While waiting for their limo, John signed autographs on the sidewalk. Fans were always waiting outside hoping to get a glimpse of him, and he said in multiple interviews that he was happy to meet with them. That fateful day, one of the fans was Mark David Chapman — the man who would shoot and kill him that night. John signed a poster for Mark before heading off with Yoko to the studio.

Later that night, witnesses saw Mark standing in the shadows outside the Dakota as John arrived home. Witnesses said that John briefly glanced at Mark and kept walking toward the front door. Mere seconds later, Mark fired five shots at John’s back. The first zoomed past him and hit the door; two bullets struck the left side of the back, and the other two hit his left shoulder. John staggered inside the building and told the concierge at the front desk, Jay Hastings, “I’m shot, I’m shot,” before falling to the ground. He tried to help him with his wounds and called 911.

John was pronounced dead on arrival at Roosevelt Hospital in NYC. A doctor reportedly stated at the time that nobody could have survived sustaining such brutal injuries. Back at the Dakota, Mark reportedly sat down calmly after shooting John and just waited for police to arrive. He had dropped his gun and was holding a copy of The Catcher in the Rye. He later told authorities, “If you were able to view the actual copy of The Catcher in the Rye that was taken from me on the night of Dec. 8, you would find in it the handwritten words ‘This is my statement.'”

He admitted to John’s murder and was sentenced to 20 year to life in prison. He is still in prison, having been denied parole nine times at the point.

HollywoodLifers, did you learn something new about John Lennon’s death? Let us know.