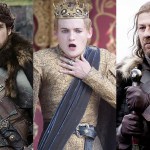 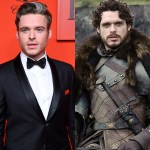 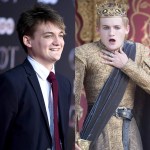 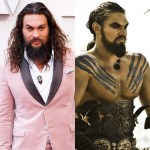 Over 8 seasons of ‘Game of Thrones,’ we’ve lost a lot of characters. The series isn’t afraid to kill off some of its biggest characters. Since leaving the show, the actors have gone on to star in major movies and more.

Game of Thrones has killed off so many characters over the years. While many shows only have one or a few deaths over the course of their run, Game of Thrones has killed off characters consistently. Many major characters will not survive the Battle of Winterfell, which airs April 28. The world of Westeros is a dangerous place and not everyone can survive. Since leaving the show, the actors whose characters have died have continued their careers in many different ways.

Richard Madden, 32, is now one of the most sought-after actors after being killed off Game of Thrones. Richard’s character, Robb Stark, was one of the many casualties in season 3’s The Red Wedding. He went on to star as the Prince in the live-action Cinderella just two years after being killed off GoT. He recently won a Golden Globe for his role on critically-acclaimed  Netflix series Bodyguard and stars alongside Taron Egerton, 29, in the upcoming Elton John biopic, Rocketman.

Jason Momoa, 39, was only on Game of Thrones for one season as Khal Drogo and now he’s one of the world’s biggest stars. He starred as titular Aquaman in the 2018 movie of the same name. The movie is now the highest-grossing DCEU film of all-time after grossing over $1.1 billion worldwide. A sequel is already in the works and Jason will also star in the upcoming Apple series titled See. Jason’s still got mad love for his Game of Thrones family, though!

Jack Gleeson, 26, has taken a different route since playing the evil Joffrey Baratheon on Game of Thrones. His character was killed off (finally!) in season 4’s The Purple Wedding. He retired from screen acting in 2014 and is the founder, producer and company member of Collapsing Horse Theatre Company in Dublin. He made a surprise appearance at the Game of Thrones premiere in New York City in April 2019, delighting fans everywhere. Game of Thrones season 8 airs Sundays at 9 p.m. on HBO.