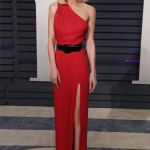 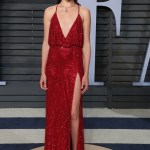 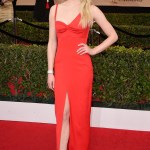 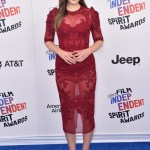 Red is an iconic superhero color, so naturally the actresses who play female superheroes onscreen like Brie Larson and Gal Gadot have looked amazing in it.

Brie Larson finally became Carol Danvers when Captain Marvel hit theaters on March 8. But before the actress was officially introduced into the Marvel Cinematic Universe, she proved she has some superhero abilities when it comes to style. One of the most iconic superhero colors is a bright shade of red, and Larson – along with many other superhero women – has worn it to perfection.

One of the looks we loved most was the one Larson wore to the Vanity Fair Oscars after party on Feb. 24. She stunned in a belted one shoulder Celine gown which she paired with simple black heels.

The event certainly attracts badass women because just the year prior, Gal Gadot attended in a sparkly red slit gown by Armani Prive. The Wonder Woman star looked glamorous in silver and ruby jewelry and satin heels in the same bold hue as her dress.

We can’t forget about the X-Men ladies, either! Sophie Turner, who’s Jean Grey will be the central character in this summer’s Dark Phoenix, turned heads at the 2017 Screen Actors Guild Awards in a gorgeous Louis Vuitton gown. Her costar Jennifer Lawrence also wore an iconic red Calvin Klein dress to the Oscars in 2011. Head up to the gallery above to see even more of the most powerful red ensembles worn by some IRL female superheroes!