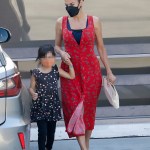 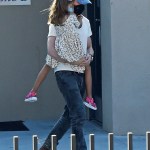 Eva Mendes and Ryan Gosling are among the most notoriously private couples in Hollywood. Here’s everything you need to know about their decade-long courtship.

Eva Mendes, 47, and Ryan Gosling, 40, famously fell in love in 2011 while filming the neo-crime drama, The Place Beyond The Pines. A decade later, they’re proud parents to two young children, and both of their careers are flourishing. But despite being two of the biggest names in the business, they’ve managed to keep the details of their romance largely under wraps. Here’s everything we know about Eva and Ryan’s romance.

How did Eva & Ryan meet?

The A-listers first worked together on The Place Beyond the Pines, however it seems they had met prior to shooting the movie. The film’s director Derek Cianfrance previously told Us Weekly, “I had asked Ryan about who he thought should be Romina… we thought about it a lot. He had known Eva a little bit. He said, ‘You should meet with Eva because she’s great; I think she’s got a lot to offer that maybe people haven’t seen, which would be great.’ So I said ‘okay.’” His future wife then confirmed they had met before filming, telling Oprah Daily in 2019 that “we had known each other for a while already, so to work together was really exciting.”

Rumors that the pair could be more than just co-stars began to swirl when they were spotted together at Disneyland in September 2011. A source told Us Weekly at the time, “They were very playful. Eva was skipping around like a little girl… She would lean into him, and she held his arm the entire time.” Although they walked the red carpet at the 2012 Toronto International Film Festival together, they told the cameras they were simply co-stars. Eva later revealed to Kelly Clarkson that at the time, something very different was happening in her head. “That’s literally me going, like, ‘I’m not in love with him. I’m not in love with him.’ Cause we just were trying to be very professional.”

Eva Mendes Through The Years – Photos 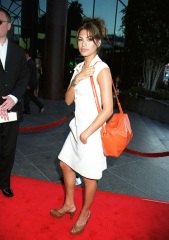 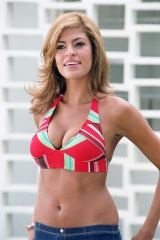 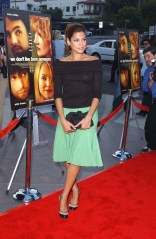 Paparazzi photos which showed the pair kissing seemingly confirmed their romance, but they kept any details of their relationship under wraps for several years. Flash forward to 2017, and the La La Land star finally opened up to Hello! Canada about Eva. “I know that I’m with the person I’m supposed to be with,” he told the outlet. “She’s Eva Mendes. There’s nothing else I’m looking for.”

Why do they keep their relationship private?

Eva and Ryan’s relationship with the press has been challenging at times, as they have been adamant that their children don’t become public figures without their consent. “I have always had a clear boundary when it comes to my man and my kids,” Eva explained on Instagram in 2020. “I’ll talk about them of course, with limits, but I won’t post pictures of our daily life. And since my children are still so little and don’t understand what posting their image really means, I don’t have their consent. And I won’t post their image until they’re old enough to give me consent.”

She added, “As far as Ryan and I, it just works for us this way, To stay private … I’ll only post flashbacks of things that are already ‘out there’ (like pics from movies we did or stuff like that). My man and kids are private. That’s important to me so thanks for getting that.”

The couple are parents to two adorable daughters Esmerelda, who was born in 2014 and Amada, born in 2016. The news of their first baby was confirmed via Us Weekly, after Eva gave birth on September 12, 2014. A couple of years later they welcomed their second daughter, naming her after the Spanish word for “beloved.” She came into the world just two weeks after Eva’s brother, Juan Carlos Mendez, lost his battle wirh cancer. “We had a funeral service for him and that same week I had the baby. So it was really, really intense and obviously beyond heartbreaking, but also kind of beautiful,” the Hitch star told Latina magazine later that year.

The growing family have since gone from strength to strength, with Ryan giving his three leading ladies a massive shoutout at the 2017 Golden Globes when he took home the award for Best Actor in a Musical or Comedy, following his turn in La La Land. “While I was singing and dancing and playing piano and having one of the best experiences I’ve ever had on a film, my lady was raising our daughter, pregnant with our second, and trying to help her brother fight his battle with cancer,” the actor shared, dedicating his award to Juan. “If she hadn’t have taken all that on so that I could have this experience, it would surely be someone else up here other than me today. So, sweetheart, thank you.”

Ryan also added, “to my daughters, Amada and Esmeralda, I love you.” Eva later opened up to Women’s Health, telling the magazine, “It was like a dream. But really, what I heard was that he said my brother’s name. It was the most beautiful gesture, and I had no idea Ryan was going to say it.” Even throughout the pandemic of 2020, their family unit has remained strong, “Our kids are young, so it was a tough time for them to be separated from other kids and not being able to see family and whatnot. So, we did our best to entertain them,” Ryan told GQ last year. He jokingly added, “I think Eva and I did more acting in quarantine than we have in our whole careers.”