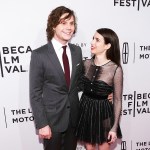 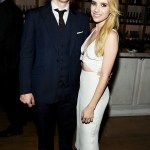 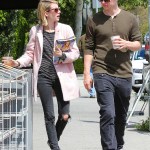 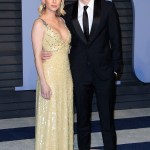 After seven years, Emma Roberts and Evan Peters may be over. While we find out if she’s really moved on, take a look back at their tumultuous relationship, from beginning to (alleged) end, and everything in between.

It’s the end of the line, again, for Emma Roberts and Evan Peters. The American Horror Story co-stars have been on-again, off-again for seven years at this point, and they may be permanently over, according to Us Weekly. It’s getting hard to keep track of this tumultuous relationship, considering this would be their third breakup if the rumors are true! We don’t blame you if you’re having trouble keeping up, so let’s break this all down, shall we?

Emma and Evan started dating in 2012 after meeting on the set of their movie, Adult World. While the young stars fell hard for each other, they didn’t start dating until after the movie wrapped. They went full Young Hollywood with their relationship, walking red carpets together and traveling around the world. While everything seemed dreamy, there were major problems behind the scenes. Emma was arrested in July 2013 for alleged domestic violence after someone in their Montreal hotel heard a “dispute” in their room. Police found Evan with a bloody nose and bite mark, allegedly caused by Emma. She was released and Evan did not press charges.

Five months later, Evan popped the question! Their engagement only lasted a year, though. The couple split for the first time in June 2015, but were then spotted holding hands later that year. It was getting hard to keep up with them. Fast forward nine months, and the couple split again in May 2016. By September of that year, they had gotten back together. Everything was going swimmingly until March 2019, when they reportedly called it quits. And it’s like, over over. Emma is allegedly dating Triple Frontier star Garrett Hedlund!

For the full history of Emma and Evan’s relationship, check out our gallery above!