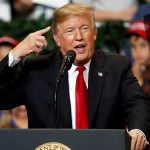 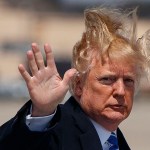 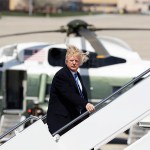 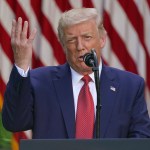 Donald Trump has allegedly paid $70,000 to style his hair, and it looks like that. Take a look back at some of his weirdest, wildest, and strangest hair moments while letting that sink in.

Donald Trump, owner of perhaps the most perplexing haircut to ever exist, spent more than $70,000 to style his hair during his 11 years hosting The Apprentice, according to The New York Times. The paper published a massive report of the now-president’s extensive alleged tax avoidance on September 27, which included hundreds of thousands of dollars in supposed business write-offs. The types of styling services included in that $70,0000 figure was not included in the report. The exposé also reveals that “nine Trump entities have written off at least $95,464 paid to a favorite hair and makeup artist of Ivanka Trump,” the president’s eldest daughter.

It’s unclear if Trump employed any of those beauty services for himself. Frankly, it’s shocking to find out that the president spent more than $10 styling his hair at any point in his life. Throughout his decades in the spotlight, Trump has been plagued by rumors of hair plugs, bad toupées, and intricate and elaborate combovers to hide the fact that he’s actually bald. The result is utter chaos, as you can see in our gallery of his strangest hairstyles above.

Trump has had a few gaffes when it comes to his hair throughout his presidency. Several times, he’s gotten stuck in a storm while away from the White House, sparking flurries of jokes from detractors about his tousled ‘do (and penchant for hogging the umbrella to protect it). It’s hard to look away when his carefully combed, gelled, and hairsprayed coif becomes undone. Trump has tried to get in on the joke before, to no avail.

When a gust of wind ruined his shellacked head during a Coronavirus Taskforce meeting in March, Trump bragged that it proved he wasn’t wearing a toupée. “My hair’s blowing around and it’s mine,” he told reporters while discussing the increasing deaths from COVID-19 in the United States.