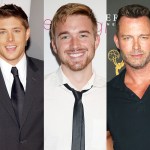 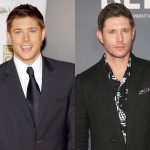 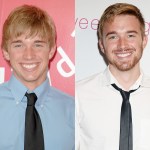 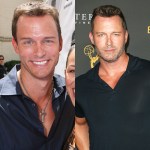 In ‘Days of Our Lives’ 55-year run, there have been plenty of dashing leading men. See pics of Jensen Ackles and more of the hottest actors from their time on the show, and now!

Hot now, hot then! Days of Our Lives has the distinction of having some of the most handsome men on daytime television in their cast, and that’s true no matter what era of the show you enjoy. The iconic NBC soap opera has been on since 1965, and is currently in its 55th season. That’s literally almost 14,000 episodes to date — and that’s a lot of hot leading men. From Jensen Ackles, to Chandler Massey, and beyond, we’ve done you the favor of gathering up the best of the best. See pics of the guys from their time on the show to today, and you can see them all by scrolling through the above gallery.

Fans know Jensen, 42, as heartthrob Dean Winchester from the long-running CW series Supernatural. He has an obsessive, passionate fan following, alongside his onscreen brother, Jared Padalecki, after starring on the show for 15 years. But long before this, he was Eric Brady on Days of Our Lives! Playing Eric was a far cry from the paranormal investigator he currently embodies, but equally wild. Days is a soap, after all. Jensen joined the show in 1997 as the adult Eric, who was basically a saint. He was the foil to his troubled, wild-child twin, Sami Brady (Alison Sweeney), and had a famous, passionate love affair with Nicole Walker (Arianne Zucker). Just an all-around good (and cute) guy. He left the show in 2000.

Chandler, 29, plays one of the most popular characters in the soap’s history: Will Horton. The cutie is the first actor ever to receive a Daytime Emmy (2018) for playing a gay character! Chandler left the show briefly in 2014 to go to college at UCLA, and returned to the show in 2017, much to fans’ delight. He was lauded for his emotional coming out storyline, and his supercouple relationship with Sonny Kiriakis (aka WilSon). And fun fact: he was Jensen’s nephew on the show!

And by the way — all of these stars landed their breakout roles on Days. From Ashley Benson, to Andrea Barber, and more, there’s probably a familiar face you’ll be shocked to see!