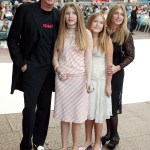 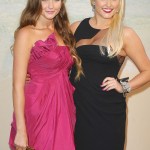 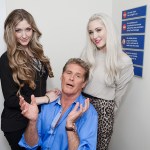 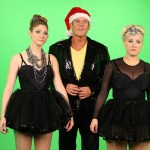 Who are Hayley and Taylor Hasselhoff? Everything to know about actor David Hasselhoff’s two children with ex-wife Pamela Bach.

David Hasselhoff might be affectionately known by many as “The Hoff,” but to his kids, he is simply just “dad.” The actor, 69 — who rose to fame for his roles in Baywatch and The Young and the Restless, among other titles — shares two children with ex-wife Pamela Bach: daughters Hayley, 29, and Taylor, 31.

Both Hayley and Taylor have largely followed in his footsteps in the industry. The sisters even starred opposite their famous father in the short-lived A&E reality series The Hasselhoffs in 2010, which followed the longtime actor as he helped Hayley and Taylor pursue their own careers in entertainment.

The show might have been cancelled, but Hayley and Taylor have still managed to flourish. Below, everything to know about David’s daughters.

Hayley has followed in her father’s footsteps as an actress, as well as a plus-sized model. After the cancellation of her family reality show, Hayley went on to star in TV shows like Huge, Curvy Girls: Stripped Bare, and Why Women Kill. She has also starred in the films More than Puppy Love (in which her mom Pam starred) and Space Samurai: Oasis. These days, her emphasis is more on modeling. The star, who has been modeling since the age of 14, made headlines in April 2021 when she became the first plus-sized model to pose nude for Playboy magazine. Hayley told Daily Mail at the time that she felt “empowered” to do the historical shoot. 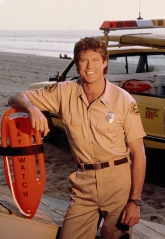 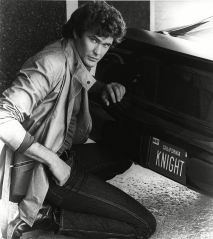 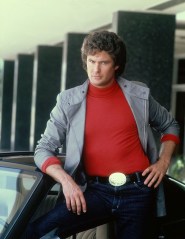 “The day was fun but I look back at it more as empowering,” Hayley said. “I felt very empowered when I left set, I felt like I was grounded and had taken ownership of my body.” She added that both her parents are supportive of her career. “My mum and my dad are always very supportive in everything that I have done,’ Hayley said. “To see the progression of where I’ve gone, to where I am today, I think they’re both very, very supportive and they believe in me and all the choices I make in my own career, just like I do for them.” On top of acting and modeling, Hayley is also host of the podcast Redefine You With Hayley Hasselhoff, in which she chats with people in the entertainment business about personal wellbeing and acceptance. Guests have included Lucas Bravo, Elisa Donovan, and Kevin McHale.

Like her sister and father, Taylor is also an actress. She has starred in Rich Kids of Beverly Hills, Sharknado 4, Sunken City, and More than Puppy Love. As a young girl, Taylor even starred in a few episodes of her father’s Baywatch. And in a bigger full circle moment, she appeared as a nurse in few episodes of The Young in the Restless. Recently, Taylor expanded her résumé to include real estate. The star works with Los Angeles-based real estate superstar Aaron Kirman and his team, selling multi-million dollar luxury properties. The team’s ventures are explored in the CNBC series Listing Impossible, in which Taylor also stars. The first season premiered last year. In February 2020, Taylor spoke to HollywoodLife exclusively about the new series and why she was initially hesitant to use her family connections to help her career.

“There are certain areas that I wanted to just be Tay, not only going to [my dad’s] network,” she explained to HL. “And I think that was where Aaron was saying, ‘No, go after the big buck. Go after people with a lot of money, because we do luxury real estate and we are the number one team in all of Southern California, the number five in the nation that does luxury real estate. So those are the people that you got to go to. Shoot for higher because that’s what you’re capable of.’” Taylor added, “And I think that stuck with me and really made an impact on how I conducted my career from that point.” The star revealed that she got into real estate after helping her mom lease a home. “After helping her, I interned for about two years and it felt like this incredible path,” she said. “I fell so in love with helping people and helping people get to that new chapter in their life.”