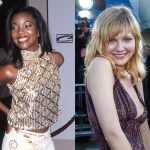 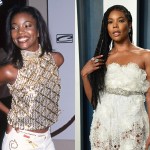 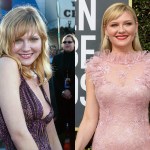 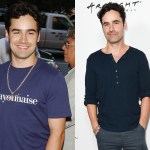 It’s been 20 years since audiences were introduced to the concept of a ‘Cheer-ocracy’ with the 2000 film ‘Bring It On!’ On the movie’s landmark 20th anniversary, see photos of stars like Gabrielle Union and more then and now!

On this day, August 25, in 2000, audiences brought their pompoms and their spirit fingers to the movie theater for Bring It On. The teen dramedy followed two cheerleading squads — one from a prestigious dominantly White school and another from an inner-city high school made up of Black students and people of color. When the Rancho Carne High School team finds out that nearly all of their cheers have been stollen from the inner city school, they have to create their own original cheers for an upcoming tournament.

The movie earned an incredibly large following, and furthered the star power of leads Kirsten Dunst and Gabrielle Union. To celebrate the film’s anniversary, let’s take a look back to see the stars then and what they have accomplished up to now! Gabrielle Union was already a bonafide star by the time she took on the role of Isis. Before the film, she appeared in series like 7th Heaven and Sister, Sister, with Bring It On proving that she had the talent and range for a big screen project.

Following Bring It On‘s success, Union appeared in films like Bad Boys II, The Perfect Holiday, Top Five and so much more. Between 2013-2019, she starred in the title role for the series Being Mary Jane and currently stars on the show L.A.’s Finest. Union was also a judge on the 2019 season of America’s Got Talent before she was fired, sparking outrage from fans after she brought forth allegations concerning the allegedly toxic work environment. Since Bring It On, Union has gone on to marry former NBA player Dwyane Wade. The two share their adorable daughter, Kaavia, and are dedicated supporters of the LGBTQIA+ community, as Dwyane’s daughter, Zaya, identifies as a trans-woman.

While Union has gone on to maintain a flourishing career and personal life, Kirsten Dunst has had the same good fortune as her co-star! Like Union, Dunst already had a successful career prior to Bring It On. As a child actress, she appeared in films like Jumanji, Little Women, and Interview with the Vampire. Following the box office success of Bring It On, Kirsten earned the coveted role of Mary Jane Watson in the Spider-Man trilogy.

In the years after the mid-2000s, Kirsten took her talents to TV, appearing in a season of FX’s Fargo, for which she earned an Emmy nomination, and leading the comedy series On Becoming a Gold in Central Florida. Fargo also happens to be where she met her beloved partner Jesse Plemons, with whom she welcomed her first child in May 2018!

This cast has seriously accomplished so much since their Cheer-ocracy days. To see more stars from the movie then and now like Kirsten and Gabrielle, check out the gallery above!