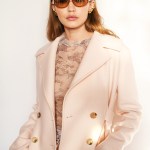 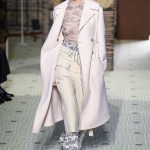 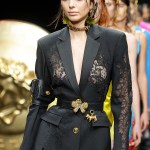 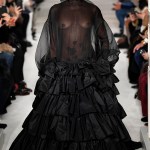 Gigi Hadid, Kendall Jenner and more models have worn sheer shirts and dresses on the runway, providing some daring yet sexy style inspo.

Fashion month has begun, and we can’t wait to see what sort of trends start popping up on the runways. After all, they’ll basically dictate what we’ll be into next spring and summer! However, there’s one style that has cropped up in the past that we’re anticipating to see if it’ll show up again this time around: sheer looks. Even if we aren’t daring to rock a top without a bra, these looks always look effortlessly chic on the runway as evidenced by past shows.

Gigi Hadid freed the nipple on Feb. 27 when she walked in Lanvin‘s Fall Winter 2019 show at Paris Fashion Week. The supermodel looked gorgeous in a lace top under a blush coat. This look seemed innocuous enough at first since her jacket was positioned perfectly to hide most of the transparent top, but it soon opened up further as she walked down the runway. This look – which also featured cream pants and white booties – would actually be a smart look to try if you’re considering going braless under a see-through shirt since you could easily cover up with the coat if you start to feel over exposed.

Kendall Jenner also went braless on the catwalk, albeit during Milan Fashion Week. The Keeping Up With The Kardashians star stunned in a blazer dress with sheer lace panels on the chest during Versace‘s show on Feb. 22.

But hey, if going braless under a sheer top isn’t for you, we don’t blame you. You can always rock a cute bra or bralette underneath translucent pieces for a look that’s still super edgy and on-trend. Head up to the gallery above to see how other models wore sheer ensembles while braless on the runway!