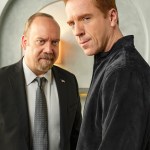 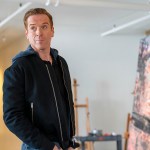 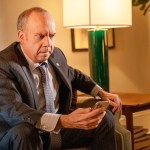 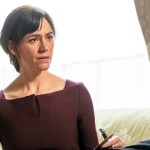 Get ready for war. ‘Billions’ returns for part 2 of season 5 on September 5. HollywoodLife has the latest updates on the final 5 episodes of season 5 and season 6.

When it comes to Billions, the stakes are always incredibly high. The characters aren’t afraid to go for the jugular, too. After more than a year-long hiatus, Billions returns with the final episodes of season 5 in September 2021.

The hit drama series is back and ready to roar with more backstabbing, power grabs, and intrigue. HollywoodLife is keeping you up to date on the latest news about Billions season 5, including the official trailer, the cast, and more. Even though part 2 of season 5 is only 5 episodes, season 6 isn’t far away whatsoever.

The official synopsis for the show reads: “Paul Giamatti and Damian Lewis star in a complex drama about power politics in the world of New York high finance. Shrewd, savvy U.S. Attorney Chuck Rhoades and the brilliant, ambitious hedge fund king Bobby “Axe” Axelrod are on an explosive collision course, with each using all of his considerable smarts, power and influence to outmaneuver the other. The stakes are in the billions in this timely, provocative series.”

Season 5 continued to focus on Chuck and Axe’s rivalry, with Chuck still determined to take Axe down. Axe’s charter bank situation provided an opportunity for Chuck. Chuck decided to go after Treasury Secretary Krakow and succeeded in getting him fired from the White House. Krakow’s firing meant that Axe would have trouble getting his charter bank approved.

At Axe Capital, things took a wild turn when Victor gave Axe some pills that were the “real Limitless sh*t,” a nod to the Bradley Cooper movie. Axe took the pill and began concocting a deal that he believed would lead to Axe Capital controlling several mining operations. When Taylor returned to the office and saw what Axe was about to do, they told him to stand down. He was about to lose billions and crash the market for the minerals he was about to control. Axe listened to Taylor and threw the plan out the window.

Despite Taylor helping Axe out when he needed it, Axe flipped out on Taylor and Wendy when he found out their impact fund would be recording a loss after they chose to stick with Mike Prince for the long term. Axe became convinced Mike Prince was trying to sabotage Axe Cap. It was clear at the end of the season that Axe wanted to pulverize Mike.

The full trailer for the second part of Billions season 5 was released on July 29. The trailer previewed the impending war between Axe and Mike Prince. Wendy asks Axe to let go of his grudge against Mike, but Axe isn’t going to do that. “Light his ass up,” Axe tells Wags.

“I have spent my whole life building something, and now I’m sucked into chaos by Bobby Axelrod,” Mike says in the trailer. Mike is ready to wipe Axe “off the face of the Earth.” Chuck is more than happy to oblige.

Axe, Chuck, Wendy, Taylor, Mike, and more are taking part in this war, and it’s not going to be pretty. “A wounded and cornered Bobby Axelrod is not something many survive,” Taylor reminds us all. No one is going to get out unscathed.

Billions returns for part 2 of season 5 on September 5 at 9 p.m. This premiere date comes over a year after the season 5 premiere in May 2020. The remaining 5 episodes of the fifth season will finally air. The season 5 finale will likely air on October 3.

The hit Showtime series was in production on season 5 when the COVID-19 pandemic hit. The cast and crew had only filmed 7 episodes when the show’s production in New York City shut down in March 2020.

The show’s co-creator and showrunner, Brian Koppelman, revealed in May 2020 that Billions had “shot and finished 7 episodes. We will shoot the back end of the season (the last 5 of season 5) when the world resumes. But those episodes are written and ready to go.”

No. We shot and finished 7 episodes. We will shoot the back end of the season (the last 5 of season 5) when the world resumes. But those episodes are written and ready to go. https://t.co/QVOrzcczjP

Like most New York City-set productions, Billions was shut down for months because of the pandemic. Kelly AuCoin, who plays Dollar “Bill” Stern, posted a photo back on the set of Billions in April 2021.

Damian Lewis experienced a devastating tragedy just as season 5 resumed filming. His beloved wife, actress Helen McCrory, died of cancer on April 16, 2021. She was 52 years old. Damian and Helen have two children together. Damian was seen back on the New York City set of Billions in July 2021.

In the second half of season five, the presence of powerful billionaire Mike Prince sends ripples through Axe Capital and gives Chuck a potential new weapon in his fight against Bobby. Alliances form, get ripped apart and form anew, and everyone from Taylor to Wendy gets roped into the conflict, which comes very close to destroying all they hold dear.

The second half of the fifth season is only 5 episodes, but have no fear. Billions has already been renewed for season 6. The sixth season is expected to premiere in January 2022.

Damian Lewis will be back as Bobby Axelrod, along with Paul Giamatti as Chuck Rhoades, Maggie Siff as Wendy Rhoades, Asia Kate Dillon as Taylor Mason, David Costabile as Mike “Wags” Wagner, Condola Rashād as Kate Sacker, and Kelly AuCoin as Dollar “Bill” Stern. Corey Stoll, who was introduced in the first half of season 5 as Mike Prince, will return. He has also been promoted as a series regular in season 6.

Janeane Garofalo will recur in part 2 of season 5, Deadline reported. She will play Winslow, the hip owner of a legal cannabis corp. Additional guest stars have not been revealed yet.

‘Billions’ Season 5: What To Expect

Showtime boss Gary Levine revealed that the final 5 episodes of season 5 remained “true to the original plan” of the fifth season. “We did make a few adjustments in shooting the last five episodes post-pandemic to allow for shooting in a pandemic,” he said during the network’s TCA session, according to Deadline. “Story-wise, we stayed true to the original plan. Having seen those five episodes they come back just shot out of a cannon and you are immediately thrown back into the story — no need to review the earlier episodes.” He also noted that the cast and crew shot part 2 of season 5 and season 6 back-to-back.

Team: 700 of you have sent the Gamestop story to us. We get it. It's a big financial story. Feels like Billions. Understood. Thank you. Got it. Short squeeze. Reddit. Drama.

In the midst of the pandemic, GameStop made news all around the world. The stock price of GameStop skyrocketed because of a battle between a hedge fund, Melvin Capital, and amateur stock traders on Reddit. Billions fans began sending this GameStop drama to the co-creator thinking it would make a good storyline for the show. Brian (as seen above) has clearly taken notes.