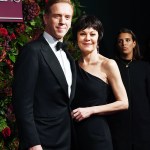 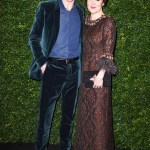 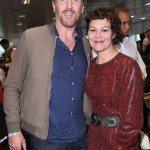 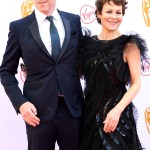 British actress Helen McCrory has tragically passed away at the age of 52, following a battle with cancer. Her husband Damian Lewis confirmed the sad news.

Harry Potter star Helen McCrory has sadly died after a battle with cancer, her husband Damian Lewis confirmed. The mother-of-two, who spent the past year helping to feed frontline workers during the COVID-19 pandemic, passed away at the age of 52. Her husband revealed the tragic news in an April 16 Twitter post.

“I’m heartbroken to announce that after a heroic battle with cancer, the beautiful and mighty woman that is Helen McCrory has died peacefully at home, surrounded by a wave of love from friends and family,” he began. Damian continued, “She died as she lived. Fearlessly. God we loved her and know how lucky we are to have had her in our lives. She blazed so brightly. Go now, Little One, into the air, and thank you.” Here’s everything to know about Helen.

She was married to Damian Lewis

Helen and Damian, who were married for 14 years, first met in 2003 while performing in Five Gold Rings at London’s Almeida Theatre in 2003. They tied the knot in 2007 at Kensington and Chelsea Registry Office, and went on to have two children: daughter Manon, born in 2006 and son Gulliver, born in 2007. When asked what first attracted her to the Once Upon A Time star, Helen revealed, “He just made me laugh a lot. And still does,” she told The Sun. “Of course, everyone in life wants someone to love and be loved by, but I think I was always just engrossed and involved in work. And no, the timing was pure fluke, pure chance, it always is, isn’t it?”

Harry Potter fans would recall Helen took on a memorable role as Narcissa Malfoy, the mother of Draco Malfoy, in the iconic film series. However, she was originally cast as Bellatrix Lestrange in Harry Potter and the Order of the Phoenix, but pulled out of the film when she fell pregnant. She later returned as Bellatrix’s sister in The Half Blood Prince, and also starred in the final two movies in the franchise. Her on-screen son, Tom Felton, who portrayed Draco Malfoy, paid tribute to her on Instagram after learning of the tragic news.

“So sad to say farewell so suddenly – I never took the chance to tell her , but she helped shape me as a person so much – on & off screen,” he captioned his IG photo, which showed the pair in a scene from the movie. “She was always relentlessly herself- razor sharp wit – silver tongued – kind & warm hearted – she suffered no fools yet had time for everyone – thank you for lighting the way forward & holding my hand when I needed it xx.”

The couple raised more than $1 million in an effort to help feed frontline workers in the U.K. amid the global coronavirus pandemic. “Since we launched the campaign, we’ve received messages of appreciation for NHS workers from people across the country, which we’ve shared with them,” Helen said in March 2020.

Their efforts helped get hot meals delivered to those working in healthcare. Helen added, “For those working with infectious diseases, these messages of kindness and gratefulness – it’s about the safest hug you can give an ICU worker at the moment. It’s important for them to know, when they’re knackered, that they’re not alone and we’re thinking of them.”

She was a star on both the stage and screen

Helen got her start in the entertainment industry as a theatre actor, and was praised for her roles in plays like The Deep Blue Sea and Medea. She went on to star in a string of films, including James Bond film Skyfall, 1994’s The Vampire, and The Queen in 2006, in which she played Tony Blair’s wife Cherie Blair.

She was perhaps best known for her role as Aunt Polly in the popular BBC drama Peaky Blinders. Just three weeks before her death, she was confirmed to be returning to the show for its sixth and final season alongside actors Paul Anderson and Cillian Murphy.

I’m devastated to learn of the death of Helen McCrory, an extraordinary actress and a wonderful woman who’s left us far too soon. My deepest condolences to her family, especially her husband and children. Simply heartbreaking news.

Fans and friends have paid tribute to her

Harry Potter author J.K. Rowling tweeted, “I’m devastated to learn of the death of Helen McCrory, an extraordinary actress and a wonderful woman who’s left us far too soon. My deepest condolences to her family, especially her husband and children. Simply heartbreaking news.” British actor Matt Lucas also paid tribute to Helen. “Helen McCrory will be remembered not just for her remarkable stage and screen performances, but also for her selflessness and generosity. She and Damian were the motor driving FeedNHS, working tirelessly during the pandemic to raise millions for others. What a tremendous loss,” he tweeted.