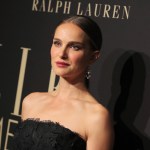 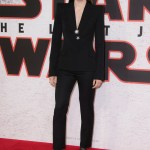 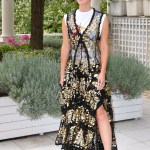 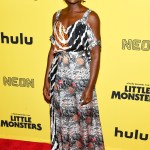 Ten years sure do fly by when you’re watching some of the biggest movie stars on the silver screen. The 2010s saw so many incredible actors and actresses consistently turning out inspiring, riveting performances, while simultaneously harnessing their platforms for incredible change. Some of these exciting screen presences spanned genres in their work and maintained their place in the pop culture lexicon with fun interviews and gracious awards acceptance speeches. These movie stars didn’t just entertain, they inspired as we followed them for the last ten years!

One such star who rose to stardom at hyper speed was none other than Star Wars‘ own Daisy Ridley. A relative unknown until 2015, Daisy appeared with the brightness of a new lightsaber when she appeared for the first time as Rey in Star Wars: The Force Awakens. Suddenly, Daisy was absolutely everywhere, as the British beauty’s face was plastered on billboards, TVs and even kids’ toys across the globe. When she wasn’t flying the Millennium Falcon along time ago in a galaxy far, far away, Daisy also appeared in 2017’s Murder on the Orient Express, a remake of the 1974 classic based on the Agatha Christie novel, lent her voice to the role of Cotton-Tail in 2018’s Peter Rabbit, and took on the titular role in Ophelia, a new take on the tragic Shakespearean character in 2018. Daisy is rounding out her decade promoting the final chapter in the latest Star Wars saga, The Rise of Skywalker.

Daisy, however, wasn’t the only Brit who had a phenomenal decade. Emma Watson‘s career truly evolved in the last ten years. Emma began the 2010s in the magical role that made her famous: Hermione Granger. 2010 saw the final chapters of the Harry Potter series come to a close, with Harry Potter and the Deathly Hallows: Part 1 and Harry Potter and the Deathly Hallows: Part 2 released back-to-back in 2010 and 2011. It was such an emotional goodbye for Emma and her friends and colleagues, Daniel Radcliffe and Rupert Grint as they bid adieu to the roles that made them famous.

But Emma quickly found new projects to showcase her talent with titles like The Perks of Being a Wallflower, The Bling Ring, This Is the End, Noah, and Beauty and the Beast. Not only did she radiate on the screen, Emma used her celebrity and platform to continue the global conversation on equality, joining the Unite Nations in the He For She movement and using her privilege to expand her knowledge and understanding of feminism. Emma will finish out her decade in Greta Gerwig‘s marvelous adaptation of Louisa May Alcott‘s seminal novel, Little Women.

Emma, of course, hasn’t been the only star to wield her star power by inciting thoughtful conversation about the entertainment industry. Oscar winning actress Lupita Nyong’o quickly became one of the most celebrated screen presences of the 2010s, following her masterclass performance in Steve McQueen‘s 2013 Best Picture winner, 12 Years a Slave. The actress followed up her award winning role by entering the fray of one of the biggest franchises in history. Lupita lent her voice talents to the role of Maz Kanata in the Star Wars films and continued suit with The Jungle Book in 2016.

The actress had a prominent role in Disney’s Queen of Katwe in the same year, while appearing in a Jay-Z music video in 2017. With the rise of her star, Lupita used her platform to address inclusion and colorism in the entertainment industry, while simultaneously promoting her work. The latter half of the 2010s saw Lupita’s star shine brighter, joining the ensemble cast of Marvel’s critically acclaimed Black Panther and finally earning wide acclaim in Jordan Peele‘s sophomore horror film Us, in which the actress took on dual roles; she is, subsequently, in the awards’ conversation once again!

There was no shortage of movie stars during the 2010s. With some of these stars, we grew up watching them, while others we saw grow in their iconic roles and become super heroes on and off the big screen. As we head into the 2020s, fans of these stars and many more cannot wait to see what’s in store. To check out more of the biggest movie stars of the 2010s, click through the gallery above!