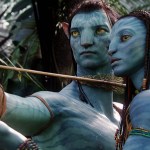 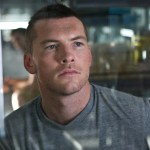 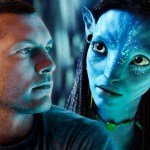 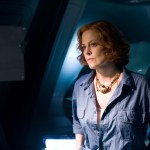 The highly-anticipated ‘Avatar 2’ is headed to theaters in the near future. From the cast to the release date, here’s everything you need to know about the epic ‘Avatar’ sequel.

Avatar became a global phenomenon when it was released in theaters on December 18, 2009. The film, directed by James Cameron, became the highest-grossing movie of all time and surpassed Cameron’s other film, Titanic. Avatar held that top spot until Avengers: Endgame in 2019, before regaining the lead with a Chinese re-release in March 2021. The 2009 film has now earned more than $2.8 billion at the box office. Avatar’s reign is far from over, too.

After the success of Avatar, four sequels have been greenlit. Fans have been waiting over a decade for Avatar 2, and the film is just within reach. HollywoodLife has the latest updates about the cast, filming, the plot, and more.

The Sequel To ‘Avatar’

The original Avatar follows Jake Sully, a paraplegic Marine who has been dispatched to the moon Pandora. He soon finds himself torn between following orders and protecting the people of Pandora. The film builds to an epic conclusion where Neytiri kills Colonel Miles Quaritch and is able to save Jake from dying. She also sees his human body for the first time. Jake ends up staying on Pandora to be with Neytiri, and he is permanently transferred into his Na’vi body.

When Is ‘Avatar 2’ Coming Out?

Titles for the Avatar sequels — Avatar: The Way of Water, Avatar: The Seed Bearer, Avatar: The Tulkun Rider and Avatar: The Quest for Eywa — were leaked by BBC News. In 2019, Avatar director James Cameron gave clarification about the sequel titles. “Those titles are among titles that are in consideration. And no final decisions have been made yet,” he told Entertainment Tonight.

Avatar 2 has taken so long mainly because of the COVID-pandemic. However, director James Cameron initially intended to release Avatar 2 as far back as 2014. Production continued to be delayed until it officially got underway in 2017. In July 2020, the director addressed the sequel’s latest delay in a long message to fans.

A message from James Cameron.

“As many of you are aware, due to COVID-19, we were forced into an unexpected lengthy delay in starting the live action filming we are currently doing in New Zealand. What most of you likely do not know is that the pandemic is still preventing us from being allowed to recommence most of our virtual production work on stages in Los Angeles. That work is just as critical to the films as the live action work.

He continued: “Prior to the COVID-19, everything was on track to bring you the first sequel in December of 2021. Unfortunately, due to the impact that the pandemic has had on our schedule it is no longer possible for us to make that date. There is no one more disappointed about this delay than me. But I am buoyed by the incredible performances of our cast and the extraordinary work that Weta Digital is doing bringing the world of Pandora and the characters of the film to life.”

James also explained that the underwater motion capture process takes time and patience. What the Avatar team is doing in the sequels has “never been done before,” he revealed. “It’s very tricky because our motion capture system, like most motion capture systems, is what they call optical base, meaning that it uses markers that are photographed with hundreds of cameras,” he continued in his interview with Collider. “The problem with water is not the underwater part, but the interface between the air and the water, which forms a moving mirror. That moving mirror reflects all the dots and markers, and it creates a bunch of false markers. It’s a little bit like a fighter plane dumping a bunch of chaff to confuse the radar system of a missile. It creates thousands of false targets, so we’ve had to figure out how to get around that problem, which we did. Basically, whenever you add water to any problem, it just gets ten times harder. So, we’ve thrown a lot of horsepower, innovation, imagination, and new technology at the problem, and it’s taken us about a year and a half now to work out how we’re going to do it.”

Zoe Saldana and Sam Worthington will be back as Neytiri and Jake Sully. Other returning cast members include CCH Pounder will also be returning as Mo’at, Giovanni Ribisi as Parker Selfridge, Joel David Moore as Norm Spellman, Dileep Rao as Dr. Max Patel. In a very interesting move, Sigourney Weaver, Stephen Lang, and Matt Gerald will all be back in Avatar 2, despite the fact that their characters died in the first Avatar movie.

Sigourney will not be playing her original character of Dr. Grace Augustine. James explained she will playing a different character back in 2014. “Sigourney and I have a long creative history, dating back to 1985 when we made Aliens,” the director said in a statement. “We’re good friends who’ve always worked well together, so it just feels right that she’s coming back for the Avatar sequels. Her character of Grace Augustine, as fans know, died in the first movie, so she’s playing a different and in many ways more challenging character in the upcoming films. We’re both looking forward to this new creative challenge, the latest chapter in our long and continuing collaboration.”

James confirmed in 2013 that Stephen would be back as Col. Miles Quaritch. “Stephen was so memorable in the first film, we’re privileged to have him back,” James told Deadline. “I’m not going to say exactly HOW we’re bringing him back, but it’s a science fiction story, after all. His character will evolve into really unexpected places across the arc of our new three-film saga. I really look forward to working with such a gifted actor, who’s also become a good friend.”

Avatar 2 will feature a number of new characters. Kate Winslet, who James notably worked with on Titanic, plays a Na’vi named Ronal. Edie Falco is set to play General Ardmore of the RDA, Jermaine Clement will play marine biologist Dr. Ian Garvin, Cliff Curtis will play Tonowari, and Michelle Yeoh will play scientist Dr. Karina Mogue. Oona Chaplin and Vin Diesel have also joined the cast in mystery roles. However, we do know that Oona’s character is named Varang.

The sequel will also be filled with younger cast members, who were revealed in 2017 by Entertainment Weekly. The cast members include members of Sully’s family and children from other Na’vi clan called Metkayina. They reside on giant oceanic atoll reefs under the rule of Tonowari. The young cast includes Britain Dalton, Filip Geljo, Jamie Flatters, Bailey Bass, Trinity Bliss, Jack Champion, and Duane Evans Jr. Jack will play Javier “Spider” Socorro, a human teenager born at the Hell’s Gate military complex.

“We never had this youthful element before, and that brings a different kind of energy to the film,” producer Jon Landau told EW. “They represent the future generation of Pandora and play a very significant role — not just in this movie but throughout all the movies.”

Plot details have been few and far between about the first Avatar sequel, but there is some information out there. Avatar 2 will mainly focus on the Sully family. “This is the story of the Sully family and what one does to keep their family together,” Jon Landau told RNZ. “Jake and Neytiri have a family in this movie, they are forced to leave their home, they go out and explore the different regions of Pandora, including spending quite a bit of time on the water, around the water, in the water. I think, why do people turn to entertainment today, more so than ever? I think it’s to escape, to escape the world we’re in, to escape the other pressures they have in their lives.”

Jon also stressed in an interview with Collider that each of the Avatar movies will stand on their own. “Each movie is a standalone movie that we would wanna go see,” he said. “You don’t need to have seen the first Avatar to see Avatar 2. It sits there and we’re gonna take people on a visual and an emotional journey that comes to its own conclusion. Okay, step back. Is that a movie we would wanna make just as a standalone story? Yes. Now we do the same thing on Movie 3, Movie 4, and Movie 5. What we have the luxury of on Avatar is the world of Pandora. We get to keep it there but everything can be new, we’re not treading new ground.”

Avatar 2 will feature a plethora of underwater scenes. Kate Winslet made headlines when she broke Tom Cruise’s record for the longest underwater breath-hold in a feature film while filming Avatar 2. Kate beat Tom by over a minute. “I had to learn how to free-dive to play that role in Avatar, and that was just incredible. My longest breath hold was seven minutes and 14 seconds, like crazy, crazy stuff,” she told The Hollywood Reporter.

“It was brilliant and I was very proud of myself and I’ll probably never be able to do it again,” Kate told Entertainment Tonight. “That came at the end of four weeks worth of quite intense training and it was in the dive tank, it was in the training tank. But I loved it.”

A photo of Kate underwater was officially released in October 2020. “I was walking on the bottom of the tank,” Kate told Collider about the scene. “That’s a big ceremonial sequence with those huge heavy wings. That was quite scary. The thing is, when you can hold your breath for seven minutes, you become unafraid. Actually, strangely, I was able to rely on my own ability to hold my breath for that long. Somehow I was not afraid, at all.”

Avatar 3’s release date is currently December 20, 2024. The second sequel was filmed simultaneously with Avatar 2 starting in 2017. Back in November 2018, James revealed in a Twitter video that the principal cast of Avatar 2 and Avatar 3 — Sam [Worthington], Zoe [Saldana], Sigourney [Weaver], Stephen Lang, Kate Winslet — had wrapped.

After reports that Harry Potter alum David Thewlis would be in Avatar 2, the actor cleared things up in a June 2020 interview with Collider. “I’m going to be in Avatar 3, which was shot at the same time as Avatar 2, and the plan is that I will be in Avatar 4 and 5, as well. I just wanted to clear that up because somebody got that wrong recently,” he said.

In September 2020, James revealed that he was “sort of 95% complete on Avatar 3” during the 2020 Austrian World Summit. He noted that the team was working on finishing the remainder of live-action filming. The director admitted that production lost “about four and a half months” due to COVID-19 and said the pandemic “hit us like it hit everybody, it hit us hard.”

Avatar 2 is already one of the most highly-anticipated upcoming movies. The film is sure to be a blockbuster hit just like its predecessor. HollywoodLife will keep you posted on the latest Avatar sequel updates.