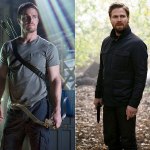 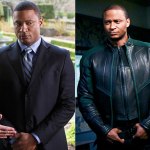 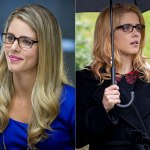 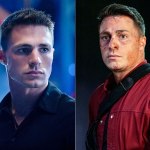 ‘Arrow’ will be bidding farewell on Jan. 28 after 8 glorious and action-packed seasons. The series changed The CW forever when it premiered in 2012. See Stephen Amell and more cast members then and now over 8 seasons.

Arrow’s series finale will air Jan. 28 on The CW. The show debuted in 2012, and for 8 seasons, Oliver Queen and the rest of the incredible cast have left us with our jaws on the floor, hearts melting, eyes full of tears, and so much more. Stephen Amell is signing off as the legendary Green Arrow in Arrow’s final episode titled “Fadeout.” Emily Bett Rickards will be returning as Felicity one last time, reuniting Felicity and her daughter, Mia.

Ahead of the series finale, Stephen posted a heartfelt Instagram message to his fans: “Today’s bittersweet. Arrow meant so much to me for so many years. It was a transformative journey… but it was time to let it go. I lace my boots and don the hood one last time tonight. I’ll forever cherish being an ambassador for Oliver Queen. Thank you for the honor.”

When Arrow premiered in 2012, it was the only superhero show on the network at the time. The show became an instant hit and launched the Arrowverse on the network that now includes The Flash, Supergirl, Legends of Tomorrow, Black Lightning, and Batwoman. Arrow’s impact is immeasurable. Arrow may be ending but the journey is far from over. The spinoff Green Arrow and the Canaries, focusing on Mia, Laurel, and Dinah, got its backdoor pilot as the penultimate episode of Arrow’s final season. The show hasn’t been officially picked up yet, but it’s almost a sure thing.