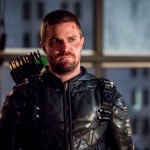 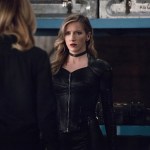 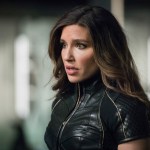 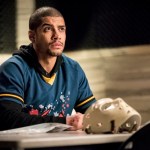 ‘Arrow’s eighth season will be the show’s last. Star Stephen Amell revealed that he is ‘happy’ with ‘Arrow’s ending and opened up about saying goodbye to his ‘Arrow’ family.

Arrow’s final season will begin Oct. 15 on The CW and will consist of 10 episodes. Series finales are never easy, but Stephen Amell, 38, is assuring us that the ending is satisfying. When asked whether or not he was happy with the ending of Arrow, he told reporters at the Television Critics Association summer press tour on Aug. 4: “Actually, I’m very happy with the ending. I know things going on in Crisis [On Infinite Earths crossover]. But as you guys just heard, that’s our eighth episode. And then we have two more. And I know less about 9… I know a little bit about 9 but I know virtually nothing about 10.”

The show became an instant hit when it premiered in 2012. It remains one of The CW’s most popular shows. Many fans are sad to see the show come to an end, but Stephen is confident that the right decision was made to end the show after season 8. “I stand by the decision that we made, I think actually, midway through season 6 or so, that I actually thought that we were going to end in [episode] 7,” he continued. “All of my favorite shows have always had an ending, right? Like, I didn’t like season 3 of Lost. But then they announced that they were going to go three more years, and I loved 4, 5, and 6. And I think that the quality improved because they set an end date for themselves.”

Arrow will be taking part in the epic crossover event, Crisis On Infinite Earths, alongside Supergirl, Legends of Tomorrow, Batwoman, and The Flash. The Arrow episode of the crossover event will air Jan. 14, 2020, and will be the show’s eighth episode.