One of the biggest storylines on season 18 of American Idol has been Jonny West’s journey to the finale. Jonny auditioned for the show alongside his girlfriend, Margie Mays. Margie was actually on season 17 of Idol, but was cut during the top 40. This time around, both she and Jonny made it through the first few weeks of competition, and even got to perform together during Hollywood Week. However, Margie was cut at the end of Hollywood Week, while Jonny stayed in the competition. Now, he’s become a fan-favorite, and is part of the top 7 going into the May 17 finale. Of course, Margie has been cheering for him the entire time, and even helped him set up his at-home stage for some of his virtual performances.

In 2018, the show’s 16th season produced two very buzzed-about young couples. The first to be revealed was Cade Foehner and Gabby Barrett. Their chemistry was picked up on by fans during a duet performance about midway through the season, and host Ryan Seacrest was not subtle about hinting that something was going on between the pair. As the weeks went on, Cade and Gabby confirmed their relationship. They continued dating after their time on the show, and about one year after getting together, they got engaged in March 2019. In October of that year, they got married.

The other season 18 relationship was kept much more on the down-low. Fans didn’t even suspect anything was going on between Maddie Poppe and Caleb Lee Hutchinson, so it came as quite a shock when they confirmed they were dating during the show’s live finale. They sealed the announcement by holding hands during an adorable send-off performance. Maddie went onto win the show, while Caleb was named runner-up. Their relationship has stood the test of time since they first got together on Idol, and they’re still going strong nearly two years later! 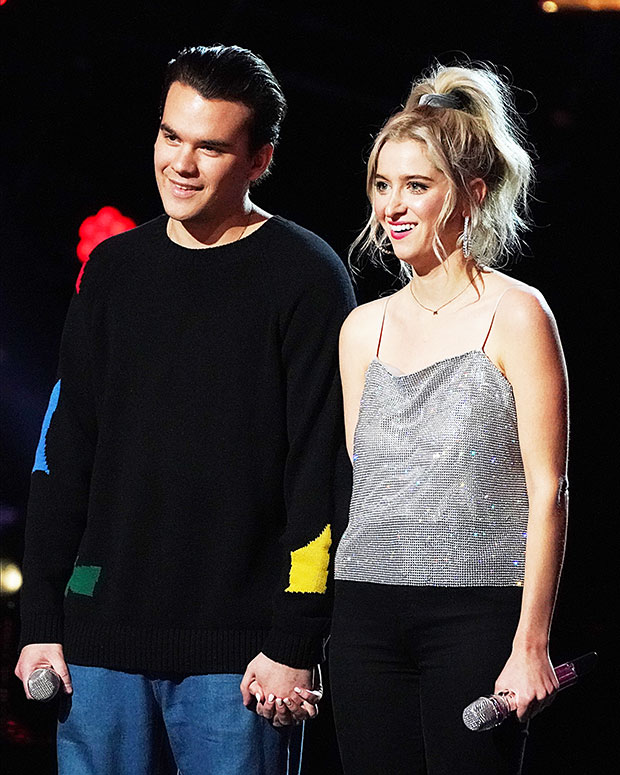 Meanwhile, finding love on Idol dates all the way back to season one! There were always rumors of a fling between winner, Kelly Clarkson, and runner-up, Justin Guarini, but it wasn’t until a 2015 appearance on Watch What Happens Live that she confirmed it. Kelly admitted that she and Justin briefly dated, although she said their romantic relationship came after filming Idol ended. Click through the gallery above to read the full stories of these couples and more pairs who found love (even if just for a little while!) while on American Idol!