Fetty Wap (b. Willie Maxwell II) pleaded guilty to conspiracy to possess and distribute 500 grams of cocaine, according to the New York Post. The rapper entered the guilty plea at the federal courthouse in Central Islip on Long Island. Fetty, 31, told Judge Steven I. Locke that he “agreed with other people to distribute cocaine.” The charge carries a maximum sentence of 40 years in prison, but a mandatory minimum sentence of 5 years.

Over the course of their investigation, federal agents say they uncovered $1.5 million in cash, 16 kilograms of cocaine, 2 kilograms of heroin, fentanyl pills, and several guns, per TMZ. Fetty reportedly remains in custody as he awaits his fate.

The guilty plea was “standard,” and Fetty is not cooperating with law enforcement, according to his attorney, Elizabeth Macedonio. “He’s not cooperating. I want that to be very, very clear,” the lawyer told reporters in the hallway outside the courtroom. Despite facing some serious jail time, Fetty seemed “jovial” according to the New York Post.

FBI agents arrested Fetty in October 2021 at Citi Field on a two-count federal indictment, per Page Six. He was scheduled to perform at the Rolling Loud festival, but the authorities took him away in cuffs before that could happen. “The fact that we arrested a chart-topping rap artist and a corrections officer as part of the conspiracy illustrates just how vile the drug trade has become,” said FBI Assistant Director-in-Charge Michael Driscoll at the time. 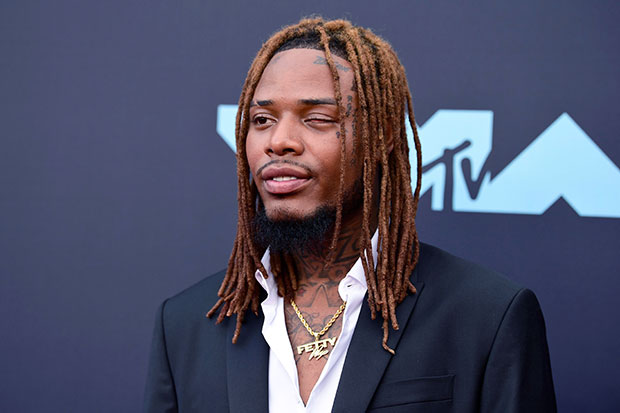 Prosecutors allege that the rapper was involved in a scheme where he and a cohort would pick up cocaine in Suffolk County and move it to his home in New Jersey, where it would be distributed. Prosecutor Chris Caffarone told the presiding judge that the US Attorney’s Office would provide “significant evidence” if the case went to trial. That evidence would reportedly included footage showing Fetty Wap “out here on Long Island.”

A week after his arrest, Fetty posted a $500k bond and was allowed out of jail. However, he was required to surrender his passport, submit to drug testing, and wear a GPS monitor as part of his release. In December 2021, he was arrested at Newark Liberty airport when authorities received an alert about his ankle monitor and a subsequent outstanding warrant for his arrest (allegedly about being a public nuisance.) He made bail and was released.

Related: Fetty Wap’s Kids: Everything To Know About The Rapper’s 6 Children & Their Mothers

Fetty has another pending case – for allegedly making death threats during a December 2022 FaceTime call, per TMZ.