Cheech Marin hits on an excellent point during the end of our conversation. The actor, activist, and comedy icon spoke with HollywoodLife about the launch of Muncheechos, the new delivery-only, virtual brand catering to stoners when the talk shifted to his recent success on TikTok. “Isn’t that amazing?” Cheech says, marveling at how he and his creative partner, Tommy Chong, have been able to master the platform to the tune of 6.4 million followers and over 80 million likes. “We don’t really know what we’re doing in that area,” Cheech says with a laugh.

“We’re working with some good people and, and we’re getting it eventually, to what the soul of that thing is. You have to figure it out, and it’s really a concise medium,” he says. Thankfully for Cheech & Chong, the two have spent the last five decades catering to their audience’s attention spans (or lack thereof). In four words – “Dave’s not here, man” – the two delivered one of the most enduring punchlines in comedy history. ”

“Isn’t that it just—” Cheech says, pausing to reflect on that sublime moment. “That’s what we discovered, that we had this doper musicians sense of humor, because that’s who we were, and that’s what we saw all around us.” That style of comedy “comes out of improv and spontaneity,” says Cheech, “so you have to learn to be spontaneous all the time. It’s like two jazz guys playing together.”

“We should be in the Rock & Roll Hall of Fame. Don’t you think?” he asks. And suddenly, it seems that Cleveland should be the next place Muncheechos opens up because Cheech and Chong’s induction to the Rock Hall of Fame makes perfect sense. The duo’s first four albums – Cheech & Chong, Big Bambu, Los Cochinos, and Cheech & Chong’s Wedding Album – were certified Gold in the U.S. by the RIAA. Their 1973 single, “Basketball Jones,” not only featured George Harrison, Billy Preston, Darlene Love, Michelle Philips, and Carole King, it was also a Billboard Top 20 hit.

Their 1974 song, “Earache My Eye,” broke through into the Top 10, and has been covered by Soundgarden, Rollins Band, Widespread Panic, and Korn. While some oldheads and gatekeepers might scoff at the thought of two comedians being inducted into the Rock & Roll Hall of Fame, it’s hard to deny that Cheech & Chong influenced the music world.

“We were the biggest comedy record sellers in the history world… until other guys were,” Cheech says with a laugh. “I mean, I’m serious. If’s there are any comedians that should be in the Rock & Roll Hall of Fame, it’s Cheech and Chong.”

Their impact as cultural icons also cannot be understated. Their madcap stoner comedy helped dispel the anti-cannabis hysteria generated by demonizing, anti-drug propaganda like Reefer Madness. The duo challenged concepts, perceptions – and in the case of Tommy’s nine-month prison stint in 2003 – the actual law. Nearly 45 years after Up In Smoke, all but two states in the U.S. have legalized some form of cannabis – from Low THC/CBD to recreational use, per Forbes – with 18 states and Washington D.C. have legalized cannabis use for adults over the age of 21. Around nine-in-ten Americans favor some form of cannabis legalization, according to the Pew Research Center. The center also reports that support for legalization among adults reached 67% in 2019, more than double what it was in 2000. So, when a Super Bowl Halftime performer like Snoop Dogg smokes up before going on stage, it’s no longer a career-ending scandal. It’s just another Sunday in California.

♬ Thats What I want – mafraud

“There’s no section of society that marijuana does not cut through. None, whatsoever,” Cheech tells HollywoodLife, which explains one of the main inspirations for Muncheechos. Cheech, along with award-winning Chef Zach Neil, is launching a line of “stoner food” with cannabis enthusiasts in mind.

“It’s the next McDonald’s,” says Cheech, though the menu might surpass the Golden Arches, late-night tacos, and gas station nachos as the next midnight snack. With chicken and scallion-stuffed fried dumplings, BBQ chicken mac and cheese nachos, and The Big Munch – two half-pound patties, three buns, dripping with three-cheese sauce, caramelized onions, and jalapeños and drenched in munch sauce with shred lettuce – Muncheechos offers something for everyone. The preview menu also reveals vegan options, small bites, and even sweets.

Muncheechos uses “ghost kitchens” – cooking facilities for the preparation of deliver-only meals. Without having to invest in a brick-and-mortar storefront, Muncheechos can easily set up shop in new locations and start cooking. “Everybody’s kind of gotten used to delivery now on a widespread basis,” Cheech tells HollywoodLife. “And so, if I’m up at three in the morning or two in the morning and I want something I’m jonesing for, it’s a phone call away.”

“I was a cook for some years in Canada,” he continues. “I cooked in hotels, so I know a lot about getting a lot of meals out at the same time. And so it really attracted me, this idea of food, late-night, and weed. The magic triangle.”

“People are much more attuned to food now. They know all about it and if they’re into a taste. All those millennials — those are my kids,” says the father of three, “and they were, they’re really into it, man. And if they can order something very specific, they’ll order it, you know?” 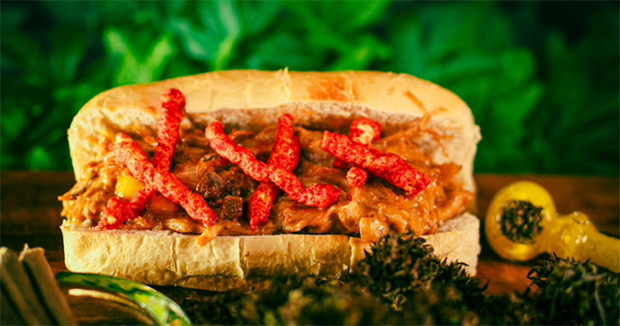 This isn’t to say that all of Cheech’s current ventures are purely virtual. Yes, TikToks with Tommy and ghost kitchens whipping up cherry wood and hemp smoked brisket tacos with a chili pepper wine demi-glace (and garlic-lime crema) are all in good. However, this year will see the opening of the Cheech Marin Center for Chicano Art and Culture. A public-private partnership between the Riverside Art Museum, the City of Riverside, California and Cheech Marin – one of the world’s foremost collectors of Chicano artwork – the center will house hundreds of paintings, drawings, photographs, sculptures, and other works by prominent Chicano artists.

“This is a big deal, man,” Cheech says during our conversation. “Everybody’s going to start realizing how big a deal it is because this is the first Chicano museum solely dedicated to art and culture of the Chicano variety. And I couldn’t be more thrilled.”

“I put together this collection over a number of years, and I’ve been touring it for the last 40 years, maybe?” he says. “We’ve played over 50 museums with this collection, which is unheard of for private collections. My line to them always was, ‘Well, I have this collection because you don’t.’ And there was never any retort to that. But anyway, long story short, I’ve been offered a museum to house this collection in Riverside, California. And it couldn’t be more beautiful and more godsend than a gift from the heavens than you could imagine.” 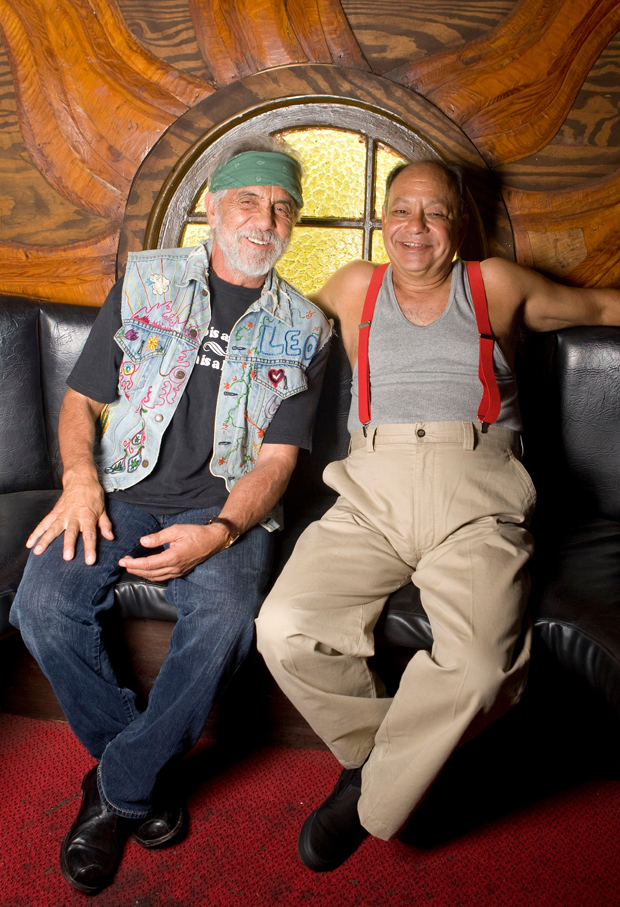 The museum – formerly known as The Cheech — opens on June 18, 2022, another wonderous facet in this man’s incredible legacy. Much like the subversive humor of Cheech & Chong’s movies and albums, the life of the man known as “Cheech” is with layers and deserves celebrating.

So, while it may be too late to get them into the Class of 2022, it’s not too soon to start campaigning for next year: Cheech & Chong, Rock & Roll Hall Of Fame Class of 2023.