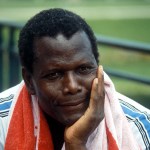 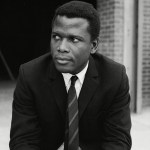 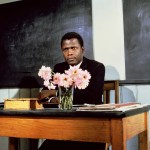 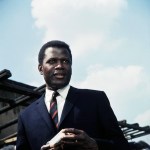 Five days after Sidney Poitier’s death, his 48-year-old daughter, Sydney, took to Instagram to break her silence with a beautiful tribute.

Sydney Poitier mourned her later father, Sidney Poitier, in private for the first few days after his death, but on Jan. 11, she made a public statement that honored the late actor. Sydney shared a photo of herself hugging her father and captioned it, “What I want you to know about my beautiful dad. Please swipe to read. I love you with all of my being and will miss you everyday. May you be free and at ease, and fill your beloved Cosmos with all that is you.”

The post also included several pages of a continued message, where Sydney reflected on her father’s legacy. “There are no words for this,” she admitted. “No real way to prepare for this. No prose beautiful enough, no speech eloquent enough, to capture the essence of my dad. We know his accomplishments are many and that he quite literally changed the landscape for everyone who came after him. He blazed a trail through rough and hostile terrain so those coming behind him could have a bit more ease on the journey.”

Sidney was the first Black man to win an Oscar, but his daughter wanted fans to know that he was so much more than a trailblazer in that way. “What I really want people to know is how GOOD he was,” she explained. “I know people know he was good, but they don’t know the depth of his goodness. That it permeated every cel of his being. The sort of goodness that prevented him from killing even the tiniest of bugs. Not a one.”

She admitted that, while she was sad to have lost her dad, she was even more upset that the world had lost such a good person. “In these last few years his body grew weaker and his ability to communicate failed him but the goodness remained,” she said. “In fact, it grew even greater. It radiated out of him through his eyes, his smile, through the tiniest gestures.”

Sydney concluded her message by admitting that losing her dad has caused “unbearable pain,” but it helps to know that his “goodness” will live on. “It lives on in his wife, his children, his grandchildren, his movies and books, in every warm embrace he offered an adoring fan, every piece of advice he gave to those he mentored, every tiny bug he gently placed outside,” she wrote. “It’s his goodness that changed the world, and it will live on forever.”

Sydney was one of Sidney’s six children. He died at 94 years old on Jan. 6, and at the time, the family released a statement to confirm the news. “There are no words to convey the deep sense of loss and sadness we are feeling right now,” the statement said. “We are so grateful he was able to spend his last day surrounded by his family and friends. To us, Sidney Poitier was not only a brilliant actor, activist and a man of incredible grace and moral fortitude, he was also a devoted and loving husband, a supportive and adoring father and a man who always put family first.”