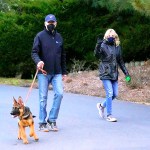 President Joe Biden called on the Senate to pass both the Freedom to Vote Act and John Lewis Voting Rights Advancement Act during his speech at Morehouse College in Atlanta, Georgia on Tuesday January 11. Besides calling for the voting rights acts to be passed, Biden showed support for changing Senate rules that have prevented voting rights bills from being passed through the Senate.

During the passionate speech, Biden plead with the the Senate to pass both voting rights acts. “Today, we call on Congress to get done what history will judge. Pass the Freedom to Vote Act. Pass it now! Which will prevent voter suppression,” he said before explaining some of the points of the law. “The Freedom to Vote Act takes on election subversion to protect non-partisan electors, officials who are doing their job, from intimidation and interference. It would get dark money out of politics, create fair district maps and ending partisan gerrymandering.” 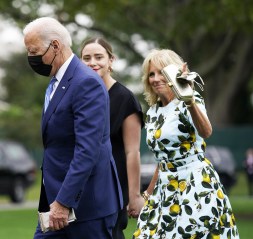 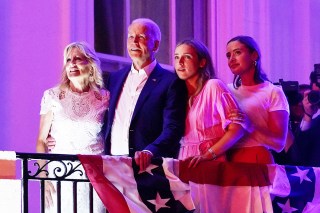 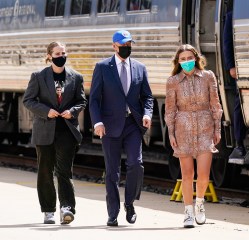 Later in his speech, Biden spoke about how certain loopholes and rules in the Senate have prevented these bills from being passed, including needing a super majority of voters (60 senators) and filibustering. “I believe that the threat to our Democracy is so grave that we must find a way to pass these voting rights bills. Debate them, vote, let the majority prevail. If that bare-minimum is blocked, we have no option but to change the Senate rules, including getting rid of the filibuster for this,” he said.

Biden continued by explaining how the filibuster was meant to inspire debate and discussion about laws in the Senate, but he said that the way it’s been utilized to prevent voting has been harmful. “The filibuster is not used by Republicans to bring the Senate together, but to pull it further apart. The filibuster [has been] weaponized and abused,” he said.

Biden showed support for changing the rules about super majorities, noting how state governments can pass laws that can suppress voters without a super majority. “The United States Senate should be able to check voting rights by a simple majority. Today, I’m making it clear. To protect our democracy, I support changing the Senate rules, whichever way they need to be changed to prevent a minority of Senators from blocking action on voting rights. When it comes to protecting majority rule in America, the majority should rule in the United States Senate,” he said.

During the speech, Biden also pointed to past Republicans that have supported voting rights legislation, including former Presidents Ronald Reagan, Richard Nixon, George W. Bush, and others. “I will not yield. I will not fledge. I will defend the right to vote, our democracy against all enemies: foreign, and, yes, domestic,” he said.

To conclude his speech, Biden once again delivered a rousing call for the Senate pass the legislation, noting how history will view them and their legacies. “Each one of the members of the Senate is going to be judged by history on where they stood before the vote and where they stood after the vote,” he said. “Let’s spread the faith and get this done!”