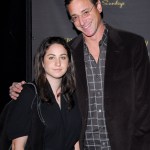 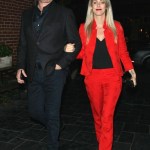 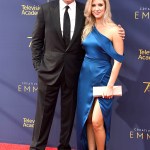 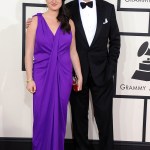 Kelly Rizzo mourned late husband Bob Saget in a deeply emotional statement, calling him her ‘everything.’ The couple married in 2018.

Bob Saget‘s wife Kelly Rizzo is in mourning after the sudden loss of her husband. “My whole heart. Bob was my absolute everything,” the 42-year-old said in an emailed statement to HollywoodLife just a day after his passing. “I am so completely shattered and in disbelief. I am so deeply touched by the outpouring of love and tribute from our friends, family, his fans and his peers,” she added.

“When the time is right and when this news is not as raw, I look forward to sharing more of Bob with the world. Sharing how much he meant to me, all of those around him, and how much all of his fans and friends meant to him as well. Thank you for respecting my privacy at this time,” the Eat Travel Rock blogger also said in her deeply emotional tribute.

Bob died at the age of 65 on Sunday, Jan. 9 in Orlando, Florida. The Full House icon was found unresponsive in a suite at the Ritz-Carlton hotel, where he was staying in advance of a scheduled comedy show. A cause of death has yet to be reported, however, it was confirmed there was no evidence of foul play or drugs. 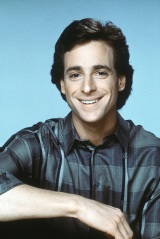 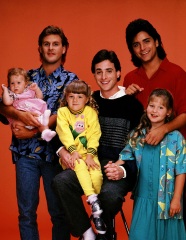 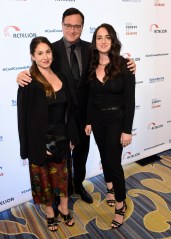 The former America’s Funniest Home Videos host married digital journalist and television host Kelly back in 2018 after a year of dating (which started with Bob sliding into her DMs). The couple had no children together, however, Kelly was stepmother to his daughters from his previous marriage to  Sherri Kramer, 65: twins Aubrey and Lara Melanie, 34, and Jennifer Belle, 29. My daughters love her,” Bob told Closer Weekly, according to PEOPLE, in a previous interview. “She a remarkable person, and she’s really talented.”

Bob’s daughter Aubrey also remembered her late father after his sudden death, sharing the last text message she received from him. The message was sent in advance of his Jan. 8 stand-up show in Ponte Verdra Beach, Florida. “Thank u. Love u. Showtime!” he wrote to the 34-year-old.

Bob’s family collectively issued a statement after his death, as well. “We are devastated to confirm that our beloved Bob passed away today,” they said. “He was everything to us and we want you to know how much he loved his fans, performing live and bringing people from all walks of life together with laughter. Though we ask for privacy at this time, we invite you to join us in remembering the love and laughter that Bob brought to the world.”