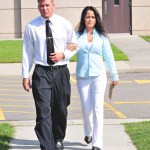 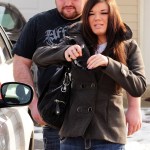 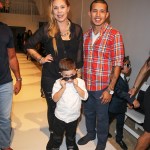 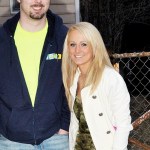 The latest season of ‘Teen Mom OG’ showed Amber Portwood and daughter Leah at serious odds. Now, the reality star is opening up to HollywoodLife EXCLUSIVELY to share the status of their relationship.

“Honestly, when it comes to me and her, I did exactly what I thought I needed to do, which was give her space so she could understand what she was kind of like feeling and understand the emotions that she had though because she was obviously she’s getting older,” the reality stare EXCLUSIVELY shared with HollywoodLife. “I can say very happily that giving her the space […] and some people might not understand why that was the best thing that I ever could do because we actually talk now and she sees a brother all the time and that’s exactly what I wanted.”

Amber went on, “She’s hugging me [and it’s just] a completely different dynamic than what you guys saw last season on OG […] where it was just kind of leaving the house and not saying anything. And that is how we’re starting to grow a little bit.” She continued by saying she’s trying not to “push” the teen, just focusing on giving her love and the space she needs. “It’s great right now. Honestly, I can’t ask for anything more,” she concluded. 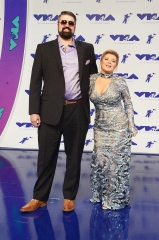 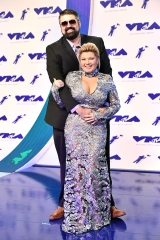 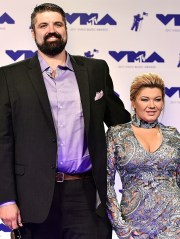 It’s nice to hear the mother-daughter duo is getting along better, considering how they became estranged for months — as seen on the latest season of the MTV series. “I don’t want to mess anything up, but [things are] good,” Amber told Page Six back in November 2021, already starting to see progress in their relationship. “She’s reaching [out] and I am [so excited]. My arms are up and open.”

Amber, who shares Leah with ex-fiancé Gary Shirley, also confirmed she’s been truthful to her daughter about her controversial past, such as her prison sentence and struggles with substance abuse. “She’s been asking questions. I’ve always told her the truth, as much as I could for her age,” Amber explained. “As she’s gotten older, she’s learned more. With her age right now, she’s kind of like, ‘Well, I don’t like that attitude or behavior. I’m not like that.’ I think she has every right to be mad at me for a lot of things. I let her feel her emotions and I understand that.”

Teen Mom: Family Reunion, which airs Tuesday, January 11 at 8pm ET, brings moms Amber, Farrah Abraham, Cheyenne Floyd, Ashley Jones, Briana Dejesus, Jade Cline, and Leah Messer back together for a massive family reunion to reconnect and celebrate their bonds. The show also promises “surprise guests from the past and present,” so there’s sure to be plenty of excitement!