The pop star is reportedly back at home and ‘doing well’ after leaving the treatment center in Utah.

Demi Lovato reportedly completed another round of treatment at a rehab center following her harrowing overdose in 2018. The 29-year-old pop star — who identifies as non-binary and uses “they/them” pronouns — is back at home after leaving the Utah facility and is “doing well,” Page Six claimed on January 8. HollywoodLife has reached out to Demi’s reps for comment. The news follows the “Skyscraper” singer’s announcement that they are no longer “California sober,” which refers to abstaining from drugs except marijuana and alcohol. “I no longer support my ‘California sober’ ways,” Demi shared on their Instagram Story in December, per the outlet. “Sober sober is the only way to be.”

Back in April, Demi opened up about their battle with substance abuse and why they thought ‘California sober’ would work. “This term is something that I personally identified with on this journey of finding a middle ground,” Demi revealed on The Ellen DeGeneres Show. “I’ve dealt with so much struggle when it comes to addiction — whether it’s food, whether it’s substances —  and this all-or-nothing state of mind — like good versus bad foods — I can’t.” They added, “If I don’t apply that with my eating disorder recovery, why is that going to work with anything?”

The former X Factor judge got even more candid about the near-fatal overdose during the docuseries Demi Lovato: Dancing with the Devil, which premiered in March. After celebrating six years of sobriety, Demi suffered a relapse in 2018 when she picked up a bottle of red wine and things quickly escalated. “It wasn’t even 30 minutes before I picked up the phone and called someone that I knew had drugs on them,” they said. “I’m surprised I didn’t OD that night.” 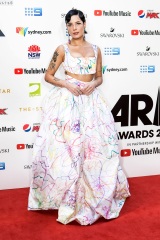 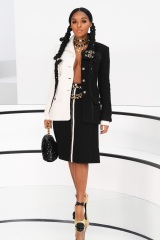 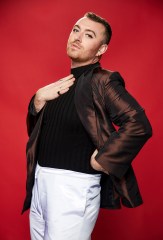 Four months later, Demi was discovered unconscious by her then-assistant, Jordan Jackson. “That night I did drugs that I’d never done before. I had never done meth before. I tried meth. I mixed it with molly, with coke, weed, alcohol, oxycontin. And that alone should’ve killed me,” they admitted in the docuseries. Demi said the repercussions were terrifying. “I had three strokes. I had a heart attack. I suffered brain damage from the strokes.” In addition, they suffered multiple organ failure and asphyxiation. Demi also shared that after the overdose OD, they were legally blind for a while.

Demi’s latest rehab stint follows a history of seeking treatment throughout their career. At the age of 18, the musician entered a facility for eating disorders and self-harm. “Demi has decided to take personal responsibility for her actions and seek help,” her rep said in a statement at the time. Demi left the rehab in January 2011, but continued to struggle, eventually checking into a Los Angeles sober house in 2013. “Getting sober was difficult,” they said to Glamour in 2016. “I went into rehab, I came out, and I didn’t stay sober. I still had issues occasionally. Now some days, it’s difficult; some days, it’s easy.” The 2018 overdose led to their third stay in a rehab facility.