During a discussion about possible candidates for the 2024 election, the comedian and podcast host floated the idea of the former first lady running for office.

While the 2024 election is still two years away, Joe Rogan has already started thinking about potential candidates on both sides of the aisle. The 54-year-old comedian chatted about the possibility of former First Lady Michelle Obama hitting the campaign trail herself for the Oval Office in the next election during a December 24 episode of his podcast The Joe Rogan Experience. Rogan said that Obama, 57, would likely defeat former President Donald Trump, 75, if he tried to run again in 2024.

Rogan was joined by fellow comedian Tim Dillon, and the pair discussed possible candidates for the next election. Rogan explained that he felt like the former first lady (paired with current Vice President Kamala Harris) would be an easy win. “Michelle Obama, and they’re gonna bring Harris. Michelle Obama and Harris. Harris comes back as the vice president. Michelle Obama’s the president. We get a double dose of diversity. Let’s go champ,” he said, and Dillon agreed, “They’ll win.”

The podcaster also mentioned that the Republicans may try to “make a super team,” by pairing Trump with Conservative Florida Governor Ron Desantis. He suggested that pairing them was the best strategy to get a Republican back in the White House. “That’s the only way they win,” he said. 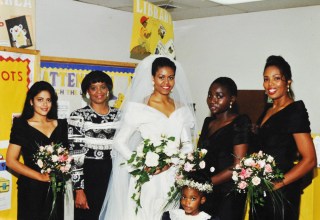 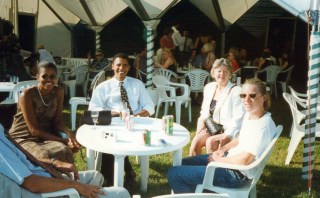 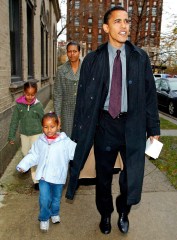 Regardless, Rogan seemed to think that Obama would be a shoe-in for the presidency if she decided to run, because of her and former President Barack Obama‘s both likability and achievements. “I really believe if Michelle Obama runs, she wins,” he said. “She’s great. She’s intelligent. She’s articulate. She’s the wife of the best president that we have had in our lifetime in terms of representative of intelligent, articulate people. She could win.”

Despite thinking Obama would wipe the floor in the 2024 election, Rogan did offer one thing that he felt could cost her the election. “The only thing that would stop is if she bought into some of these policies that are destroying businesses in America that make people scared,” he said, before mentioning lockdowns and mandates.