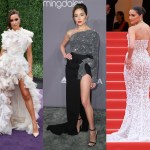 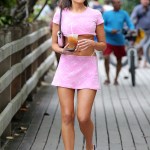 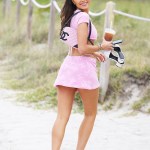 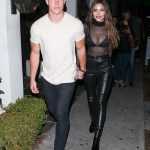 Just ahead of the holidays, Olivia Culpo posted a video of herself in a festive looking outfit, consisting of a lacy bra top and shorts.

Olivia Culpo is one stylish fashionista, and she took fans along for her getting ready journey in a new Instagram video on Dec. 23. The video starts with Olivia wearing a pair of high-waisted red shorts, with nothing but some lacy white lingerie on top. Then, there’s a quick change as she morphs into her outfit, which looks perfect for any holiday party.

The transformation look featured the model changing into a red sweater to go along with the shorts, as well as a matching red jacket. The ensemble is complete with knee-high white boots and a red Maison Valentino purse with a gold chain. Olivia’s hair is styled straight at chin length with a part down the middle.

The 29-year-old’s Instagram feed is full of photos of her stylish outfits. Whether it’s a workout look or night out get-up, Olivia always brings her fashion A-game. Sometimes, she gives fans a glimpse into her personal life, as well. Most recently, she posted a photo with boyfriend, Christian McCaffrey, in mid-November. The two are sharing a kiss across the dinner table with the sun setting in the background.

It’s been two years since Olivia and the NFL player got together during the summer of 2019. She’s not the first football star she’s dated, though! Before Christian, Olivia was with Danny Amendola from Feb. 2016 until April 2019. She was also briefly linked to Tim Tebow before that. From 2013 until 2015, Olivia was also in a relationship with Nick Jonas, and she was the inspiration for much of his solo music. Most notably, he wrote the song “Jealous” about her. 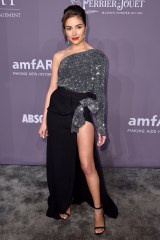 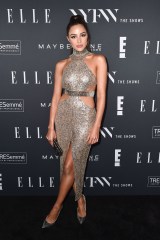 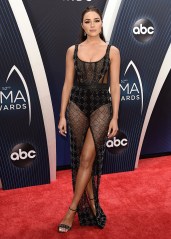 Olivia has been in the public eye since she won Miss Universe in 2012. She made it to the worldwide competition after being crowned Miss Rhode Island and Miss USA earlier that year. Since then, she’s become an influential figure on social media, while also embarking on a modeling career.