Filming has resumed for season 12 of ‘The Real Housewives of Beverly Hills’ — but with REAL tight protocol after three cast members tested positive for COVID-19.

The show must go on! The Real Housewives of Beverly Hills suffered a serious setback this week when three of the cast members tested positive for COVID-19 — forcing production on the hit reality show to pause. However, after implementing some serious safety protocols, filming has now resumed for the upcoming season 12 and HollywoodLife has EXCLUSIVELY learned how the network is making it work to ensure everyone in the cast and crew stays safe and healthy.

“Production has strict policies in place to ensure everyone’s safety, including rigorous testing for Covid-19,” a source close to production said. “Following an industry-standard cadence of COVID testing, cast and crew must test negative for COVID-19 prior to filming. There is absolutely no exception to this.” To add, the production source assures HollywoodLife that “the entire cast is vaccinated” — meaning that the cast members who tested positive are breakthrough COVID cases.

According to a source, Lisa Rinna, 58, was the first in the cast to test positive after the ladies walked the carpet together at the 47th People’s Choice Awards, which took place in Santa Monica, California, on December 7. After Lisa tested positive, cast members Garcelle Beauvais, 55, and Erika Girardi, 50, also tested positive. Luckily, the remaining cast members — Kyle Richards, 52, Dorit Kemsley, 45, Sutton Stracke, 50, and Crystal Kung Minkoff, 36 — have since tested negative. According to the source, all of the cast members who tested negative for COVID-19 are back to filming their upcoming holiday plans, but with a twist. “Production has continued, individually documenting cast members who do not have the virus,” the source said, adding that the remaining cast members “are cleared to resume filming after they test negative.” 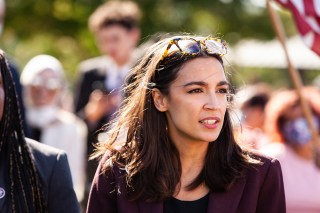 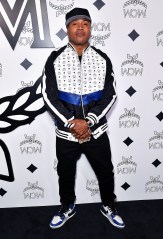 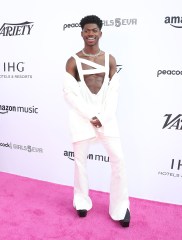 This is not the first time that production was paused due to COVID-19 concerns. In November 2020, production was halted when Kyle revealed that she and her daughter Sophia Umansky, 21, had also contracted the virus. While sharing her families seasonal Christmas card on Instagram, the brunette beauty wrote, “I love these people so much. Some of you may have heard I have COVID. I got it after these photos were taken. Since I was diagnosed I have been separated from my family in order to keep them healthy. Unfortunately, Sophia also got it. We will stay in isolation until it’s safe to see the family and others again. I can’t wait to hug them.”

HollywoodLife reached out to reps for the entire cast, but have not gotten a response.