If you ever have the pleasure of speaking with Macklemore, even for a few minutes, you’ll quickly discover that the man is genuine when it comes to his passions. The Seattle native loves making music, the Seahawks, his wife and kids – their third child, Hugo, just arrived in September – and helping people. That last part, helping people, has woven itself throughout most if not all aspects of his life. Macklemore’s music aims to help people – from shining light on systemic racism with his “White Privilege” songs and his recently released motivational single, “Next Year” – but even he knows you need to put boots on the ground.

Or, in this case, shoes. “I think that whenever you’re of service to other people, it’s the best opportunity to connect with humanity, get outside of yourself,” he says while speaking with HollywoodLife about his partnership with Brooks Running.

“As a kid, we would do service work here, there, but as I got older and in particular became a member of the recovery community, a huge part of that is service work,” says Macklemore. “We get so caught up in our own world of work and family and ‘how do I execute this and that’ and all the busyness that we incorporate into our lives, — when, really, the greatest way to get outside of that and be able to look down from a different perspective is to help others.” 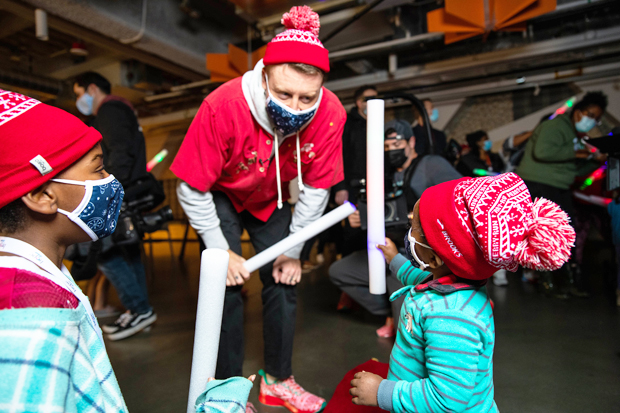 For Macklemore, helping others is an “opportunity to come from a real place, an authentic place, and tap into gratitude, which, it’s an amazing part of this human experience,” he says. The rapper will help those in his hometown by teaming with Brooks, an environmentally conscious running and athletic gear company, to hand out much-needed items to those in need.

“Brooks is a staple in the Seattle community,” says Macklemore. “They reached out about doing some service work with Mary’s Place, which is an organization that I have supported and loved the work that they’re doing locally here in the community for a long time. So it was a perfect idea and a great way to give back in this holiday season.”

Those not in Seattle can also get in on Brooks’ philanthropy. People can share a story about “someone that’s helped you out or someone that’s doing great work in their community, wherever that might be,” he says. “Brooks is going to be picking some people and giving some surprises out. So it’s a cool way to engage and let people know the impact that they’re making.” 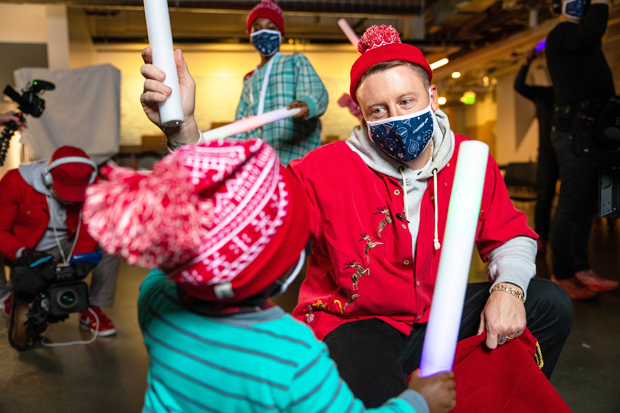 It can feel like he walks between worlds – that of Macklemore, the Grammy award-winning musician who performs in front of sold-out shows, and that of Ben Haggerty, a man who has gone through the hell of addiction, only to come out the other side a better person, one focused on making the world a better place. Would he choose one side over the other, to give up music and dedicate himself to helping others through these philanthropic programs?

When asked this, Macklemore takes a second to think. “I think that I have to balance how I am best of service,” he says. “And, of course, music is self-serving as well. There’s personal benefit and gain that comes from it.”

“I think that having a platform is a very valuable thing depending on how you use it,” he adds. “There are ways to have a platform and utilize that to create more opportunity, to create more sources of revenue that can be donated to people that are in need. So, a huge way for me and my quote-unquote ‘brand’ to be useful is to continue to make music and continue to be out there on tour and put out music that people resonate with. And then also in that same process, utilizing my leverage as an artist and social capital to be able to give back.” 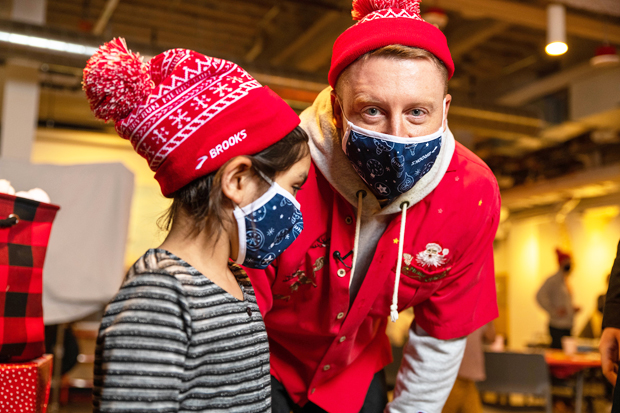 Even when Macklemore wasn’t a famous rapper, he tried to make a difference. “Even before I had any money myself, I had a studio, I had a microphone and a digital 8-track,” He says. “I used to work with incarcerated youth in Washington on recording them. That’s a big part of just the music community, but the community in general, there’s so many people that would love to get in the studio and record that don’t have the opportunity.”

Sometimes, the opportunity happens to fall in the lap of some people. Macklemore’s six-year-old daughter, Sloane, went viral in October after he posted a video of her critiquing his new single. “Next Year” is Macklemore’s way of channeling “the overarching last two years that went into the content of that record,” he says, and that’s evident on the chorus (“Next year’s gonna be better than this year.”) However, Sloane didn’t catch that vibe.

“Not your best, but I still love ya,” she says at the start of the video, and it gets even more savage from there. With more than 600k views on Instagram, does this mean that Sloane is ready for her own YouTube channel? Is she the next great music influencer?

“I’m not going to tell her that you said this,” he says with a laugh after he’s asked about setting up a channel for his little girl. “I’m sure she would love her on YouTube channel. I have a built-in following where [fans will ] watch what Sloane does. But, at this point, Sloane’s probably the most successful person on my Instagram page.”

“If I post a video or a picture of Sloane, the engagement is very good,” he says. “But I’m trying to keep her six and a half years old and not have her turn into an internet celebrity anytime soon. She’s already talking about, she wants a cell phone, which I was trying to hold off until she was at least 15.”