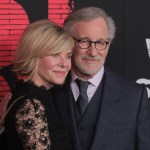 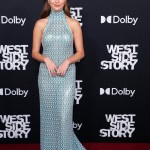 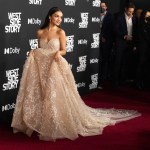 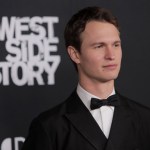 Ana Isabelle stars as Rosalia in Steven Spielberg’s ‘West Side Story.’ She spoke EXCLUSIVELY with HL about how ‘special’ it was being part of the revision of the script, shooting ‘America,’ and more.

West Side Story is the musical movie event of the year. Steven Spielberg’s remake is a stunning and timely epic. Ana Isabelle stars as Rosalia, Anita and Maria’s sidekick. For Ana, her West Side Story journey has been been a dream come true. From the auditions to filming the iconic “America” musical number, Ana opened up EXCLUSIVELY about this incredible experience.

Ana revealed that the audition process lasted nearly 7 months. The actress said the casting process was “challenging because you were against the best of the best. I remember that last audition in front of Steven Spielberg. I was there with amazing dancers from Juilliard, amazing dancers from the New York City Ballet. It was such a beautiful community of talented people that actually encouraged me to just focus on myself and give my all and knew that I deserved that opportunity.”

The actress, singer, and dancer was born and raised in Puerto Rico. The 1961 version of West Side Story is one she knows all too well. “I’ve always been a huge fan of Rita Moreno. She’s been my role model since I can remember. So I knew this was for me, and I went for it,” Ana said. Ana was able to meet with Rita, who plays Valentina in the 2021 version. “She was an inspiration to all of us,” Ana gushed. “Having the Rita Moreno, Oscar winner, in this film with us every single day during rehearsal giving us her advice and her point of view was just priceless. Growing up, I didn’t have any other role model on the big screen. I was born and raised in Puerto Rico, and Rita was the only person having an opportunity on the big screen and winning an Oscar. So to me, she’s been an idol.”

'West Side Story' -- Photos Of The Remake 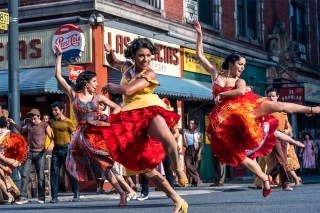 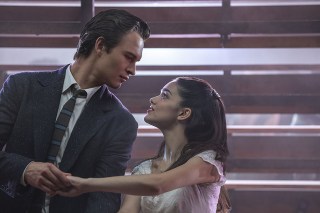 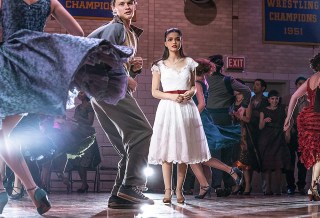 Spielberg has been vocal about how he did not want to whitewash his version of West Side Story. The director specifically hired Latino and Latina actors for the key roles in his film. Ana admitted that she’s “so proud that this is happening in the industry and that someone like Steven Spielberg is determined to make something that will make the Latin community so proud.”

Ana revealed to HollywoodLife that she “got the opportunity to be part of the revision of the script with [screenwriter] Tony Kushner. He was so kind to pick four of the Puerto Ricans in the film. Three men and I was the only lady that was part of that committee, and we were there with him talking about the script and about the Spanish in the film, so that pushed me to do more research than I would have done as only an actress in the film. I felt that I was also responsible for representing my people and going back to the 50s. I interviewed my Abuela about that time period because she was living in New York City. I wanted to know more about her perspective. How would you talk to somebody at that time period? So all of that was part of the process, and I’m just proud. I just feel like we’re going forward in history.”

To be a part of this committee that was going to ensure the authenticity of the film was “so special” to Ana. The actress appreciated being able to share her opinion. This West Side Story was a collaborative process from start to finish. “We had [Stephen] Sondheim [who wrote the lyrics to the music]. He was there. And if we felt that something was wrong or something didn’t feel right, we could talk about it. The fact that they made me feel like such an important piece of this story was just incredible,” Ana said.

The movie’s most show-stopping number is “America.” The performance is a tremendous feat that includes incredible dancing and hundreds of extras. “I would say one of the best experiences in my whole life was shooting ‘America,'” Ana admitted. “We were like taking over the streets of New York City with these amazing gowns with a bunch of Latin people around us. Amblin and the whole production team and Disney did such an amazing job of constructing the whole city of New York in the 1950s. Every piece of the set was such a magical, inspiring part of the story. I feel like this version of ‘America’ is incredible to watch because it starts where we live, and it ends up like a big, huge party in the streets of New York. It’s like a traveling song. It actually took us a month to shoot ‘America’ because of so many scenarios that you will be able to see.”

Over the course of filming, Ana tried to soak up all the knowledge she could from Spielberg, even when she didn’t have to work. “There were some days that I wasn’t called to set, and I went just to sit there right beside the camera or right beside makeup people. I was there just watching him work and watching his whole team,” Ana told HollywoodLife. “He is even better than I thought. He’s just incredible in every way. Not only is he talented, but he’s such a special human being. I learned to have fun. When you are on such an important set with so many talented people around you with such a big responsibility to bring life to an iconic story, you get nervous. You can get in your head with all that pressure happening at the same time. The thing I learned from him is that: what’s the reason why we do this? It’s because we want to be happy, right? Because we love art. So let’s just have fun. Let’s just forget about the pressure and be in the moment and have fun. He’s still a kid. I have a video on my phone of him dancing with the mannequins when we were shooting ‘I Feel Pretty.’ We were on a break for 10 minutes, and he was just thinking of his next shot. He was just dancing with the mannequins. His wife was there and he was just dancing for her with a male mannequin. It was so fun to watch him all the time enjoying every second of being on set. That was one of the best memories, and every day I have another one to tell.” West Side Story is now in theaters everywhere.