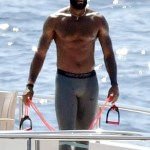 Now that the jury found him not guilty, Kyle Rittenhouse responded to the NBA star during an interview with conservative outlet ‘TheBlaze.’

Nearly a month after LeBron James mocked him for crying during his trial, Kyle Ritttenhouse revealed that he’s no longer a fan of the Los Angeles Lakers superstar in a Monday December 6 interview. The Kenosha shooter, who was found not guilty on all counts during his November trial, was a guest on Elijah Schaffer‘s “You Are Here” show on BlazeTV, where he spoke about his reactions to the amount of attention he received during the trial.

In the midst of the 18-year-old’s trial, LeBron quote-tweeted USA Today, which shared a video of Kyle crying while speaking at his trial. The 36-year-old NBA star clearly thought that Kyle was forcing himself to cry during the trial, when he wrote a mocking tweet on November 10. “What tears?” LeBron wrote. “I didn’t see one. Man knock it off! That boy ate some lemon heads before walking into court.”

What tears????? I didn’t see one. Man knock it off! That boy ate some lemon heads before walking into court. 🤣🤣🤣 https://t.co/LKwYssIUmD

During the interview on the conservative outlet, one of the people on the show mentioned LeBron’s viral reaction. Kyle mentioned that he had admired LeBron, but he no longer looked up to him after the tweet. “I was a Lakers fan too, before he said that. I was really pissed off when he said that, because I liked LeBron, and then I’m like, you know what? F**k you, LeBron,” he said. After he mentioned that he wasn’t a fan, another one of the show’s hosts insulted LeBron.

LeBron James & Family: Photos Of The NBA Star With His Kids 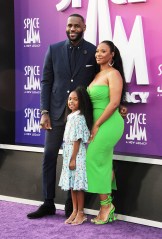 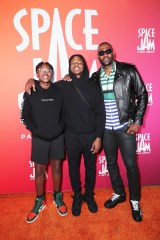 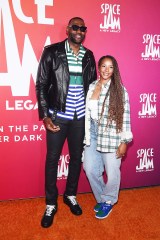 Rittenhouse had been found not guilty on all counts on November 19, following a long-awaited trial, after he shot three people amid Black Lives Matter protests in Kenosha, Wisconsin in August 2020. Following the ruling, stars like Colin Kaepernick, Jameela Jamil, and Ana Navarro showed that they were angry about the verdict on social media. Colin had called for an overhaul of the justice system in response to the ruling. “We just witnessed a system built on white supremacy validate the terroristic acts of a white supremacist. This only further validates the need to abolish our current system. White supremacy cannot be reformed,” he wrote in a tweet.