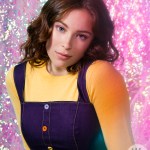 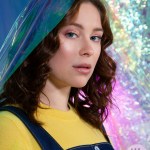 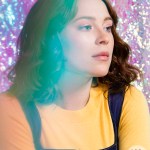 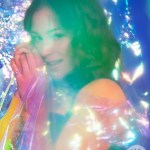 ‘Lost In Space’ wrapped up its 3-season run with a beautiful and touching finale. HL spoke EXCLUSIVELY with Mina Sundwall about Penny’s ending, possibly returning to the role down the road, and more.

Lost In Space’s third and final season ended with all of our favorite characters starting their next chapter. The final moments saw Penny writing a book about her family and the robots. She revealed that this is just the first chapter in her story. HollywoodLife got the chance to speak EXCLUSIVELY with Mina Sundwall about Penny’s fate.

“I, especially for Penny, was really proud of where her story ended,” Mina told HollywoodLife. “There were questions in season 1 and season 2 about what she could contribute and what her place in the family was. Something that I admired about her from the beginning was that she never put up a front, even if it would be easier to fit in. I think because of that, she was able to go on her own hero’s journey, so I’m pleased with where she ended up at the end of season 3.”

The ending of Lost In Space leaves it wide open for all of the characters. Mina has an idea of where she thinks Penny will do next. “I hope that she takes time when they arrive in Alpha Centauri and settles into writing,” Mina explained. “I think that she is the type of person that could be the voice for people who are often overlooked or not listened to and write stories that make a difference and matter. I would like to think that that’s where her journey goes.”

Mina admitted that the ending montage featuring Penny’s voiceover was “emotional to record. I thought it was beautiful. To be able to know where they ended up but not know everything about what happens is a special place to be in. I loved it.”

The series finale included a kiss between Penny and Vijay. Mina weighed in about the fate of that relationship. “It’s hard to say because their on-again, off-again, up and down, roller-coaster teenage relationship was partially due to the fact that they were going through this very, in many ways, traumatic journey together,” Mina said. “But also they were really the two teenagers. They’re really the only two. So there was not much choice. They got close because they were the two that understood each other the best because they were the closest in age. There was no one in their world really. I would hope that that maintains outside of the world. I think that they have gone through something together that is so specific to their age and the journey that they went on that I think that they’d be friends for a really long time. I don’t know about a romantic life for Penny, but at least friends.”

The Netflix series was a reboot of the CBS series that ran from 1965 to 1968. Since Hollywood is all about revivals, HollywoodLife asked Mina if she’d want to reprise the role of Penny down the road. “I don’t even know what I’m going to do tomorrow, so I have no idea,” she said. “I absolutely would think about it down the road, but I’d love to settle with these 3 seasons for a moment.”

For Mina, her journey on Lost In Space often mirrored her character. The tremendous impact of the show and Penny Robinson on Mina is not lost on the actress.

“It’s been the greater part of my life for the last 5 years,” Mina noted. “I started when I was 15 and I’m 20 now. I grew up with Penny. I grew up on this show in very formative years of my life. There are a lot of things that I drew from the character and from the show. She and I were always similar ages so some of the emotional twists and turns of teenage life we were going through at similar times. I was able to draw on her experience and her problem solving, and then my experience and mesh the two in this happy middle world as I was growing up. But then the experience of being on the show, of course, and being surrounded by so many talented, hard-working, caring, driven adults to look up to and learn from, I’m eternally grateful for because that’s taught me much about how I act, whether that’s on set or in life and what I value and how I can communicate. It’s been fantastic. I wouldn’t trade it for anything.”