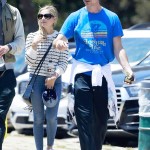 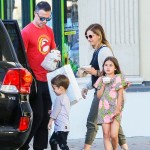 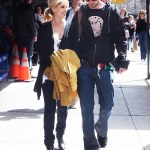 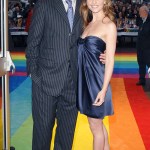 “Yeah, if there were a magic secret, I would’ve written a book, and everyone would know,” Freddie Prinze Jr. says to HollywoodLife when discussing married life with Sarah Michelle Gellar. Freddie, 45, and Sarah, 44, tied the know in September 2002 after a couple of years of dating. While many other Hollywood marriages have crumbled, theirs has stood the test of time. How have they been able to do it? Freddie — while discussing his partnership with Heluva Good! Dips and their One Heluva Good! Holiday Sweepstakes — says that a happy marriage is one part communication, one part understanding, one part laughter, and one part food.

“I think it’s more about the person you’re with and the path that you travel on,” Freddie says during an EXCLUSIVE interview. “Do you travel it together? And if you do take separate paths, do those paths lead back to the same one that you started on, or do they take you further and further apart? Sarah and I have always been fortunate enough and thoughtful enough to stay on the same path, even when roads are going to take us away. I had a path that took me to New York for six weeks away from my kids and family, which is tricky. But again, the path brought me back to the one she and I started on back in the nineties.”

“I don’t know if that’s a secret, but we were friends first,” the Wrestling With Freddie host adds. “She knew what kind of man I was before we ever went on a date. She knew what my moralities were and vice versa. So there was no, ‘Hey, here’s my best self for the first year.'” Freddie said there was no pressure to “live a lie” because Sarah “already knew I was a big dork who played Dungeons and Dragons, had dad issues, and was an only child. And I already knew that she grew up in this business in New York and that she was an only child.” 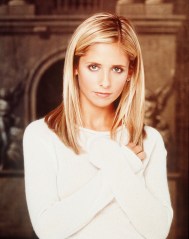 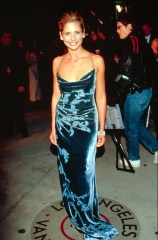 “So we could connect on some of our BS, and we could call each other out on the other BS without being offended, without getting hurt, while staying humble because the other person was always there to help build you up and not tear you down,” he says. “We’d both been in relationships that were the exact opposite. And weren’t looking for that again. So, I don’t know if those are secrets, but that was a philosophy that both of us had. And I think being friends first was a huge help.”

It also helps that Freddie knows his way around a food processor and a fully-stocked spice rack (which is also why Freddie’s perfect 2000’s dreamboat to team up with Heluva Good! Dips for their holiday contest.) It seems that a way to Sarah’s heart is through her stomach. “The other thing I’ll slip in there is,” says Freddie with a laugh. “I keep her laughing a lot, and I know how to cook, and she doesn’t. So, if I’ve gotten older and don’t look as good as I did in my twenties, she keeps me around because I make her laugh, and I keep her full.”

For Freddie, this is a ’90s dream come true. “From 1990 to 1994, I was probably their biggest contributor to the company,” he tells HollywoodLife. “And the reason that they’re still a success today is that every kid in the nineties rocked the French onion dip. They dipped pizza crust in it. We dipped vegetables and plain salted potato chips. And if you dipped a sour cream and onion chip in the French dip, we had a serious problem. It was either a fight, or you were asked to leave the house. So in the nineties, I was all about this product.”

“I love French onion dip. And it makes life way easier,” says the Back to the Kitchen author. “And that’s what Heluva Good’s campaign was to make things a little easier for the holidays. I say, make it easier for holidays, wrestling events, boxing fights, whatever. I would much rather put out a French onion dip than spend an hour and a half on some crazy dish that all my friends are going to eat like animals anyway.”

The holidays will be a bit a little “weird” in the Prinze household. “We were always the stragglers’ house,” said Freddie. “Every artist with a dream moves to LA or New York or Miami. And they’re usually too broke to fly back home for the holidays. So we were always that house for everyone. And we would be 20, 25 deep sometimes. So my kids would have a lot of ‘aunts’ and ‘uncles,’ but it was a big family.” Unfortunately, the COVID-19 pandemic has put the kibosh on these plans. “This will be the second Christmas in a row. And it feels weird, man. It’s like, imagine Thanksgiving with no turkey.”

“It’s a big part of our tradition,” says Freddie. “Sarah and I have been together for 20 plus years, and we’ve done it every year for 20 plus years. It’s been a big part of our life, and it’s an opportunity to see friends that you don’t get to see as often as you’d like. So it’s weird. Maybe we need a new tradition that I need to invent quickly in the next 20 days or so.”

Anyone can invent their own new tradition by entering in the One Heluva Good! Holiday Sweepstakes! or by picking up any of the Heluva Good! Dips this holiday season.