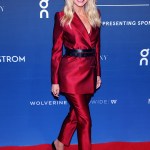 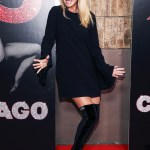 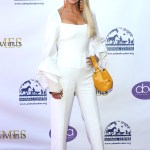 Could we see Christie Brinkley return to the stage once more? The 67-year-old stunner revealed to HL if she would do another Broadway show!

Remember when Christie Brinkley played Roxie Hart in Chicago on Broadway… and all that jazz? The iconic top model just helped the beloved show celebrate its 25th anniversary on Broadway and it had us all wondering if we would ever see Christie’s name in marquee lights once again! “I doubt it! I mean, I never say never, because you never know. You never know, but it’s a real commitment and a rigorous schedule,” the 67-year-old told HollywoodLife.com in an EXCLUSIVE interview at the Footwear News Achievement Awards on Nov. 30. “When I do something… I would an eight show a week, personally, you know, I don’t come in and do like, easy stuff! I would do it all!”

Recall, Christie marked her Broadway debut as Roxie Hart in Bob Fosse‘s Chicago in 2010, and was due to reprise the role for a short, four-week engagement in 2019 on the national tour, which was cancelled due to the pandemic. “When Producer Barry Weissler offered me the chance to come back to Chicago The Musical, I thought I was dreaming…but it was actually my dream coming true…AGAIN!” she wrote on Instagram at the time. “I am honored and overjoyed to reprise the role of Roxie Hart and l am thrilled to get to work with the consummate professionals and artists who bring this iconic Kandor and Ebb masterpiece to life for appreciative audiences 8 times a week. It is a privilege I cherish, and an adventure.”

In talking to HL, Christie couldn’t help but gush over the current star playing Roxie Hart, Ana Villafañe. “Oh she is incredible! She has so much nuance and you can tell, in the moment, she’s always thinking, just like Roxie does in the show. I really enjoyed watching her, she was incredible,” the model recalled. Christie watched Ana in action as Roxie while celebrating the show’s 25th anniversary, during which she also showed she’s still got it (duh!) — kicking up her legs and throwing some jazz hands while lighting up the Empire State Building.

Christie Brinkley Through The Years -- Photos 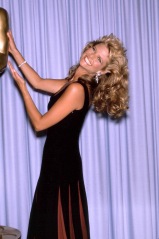 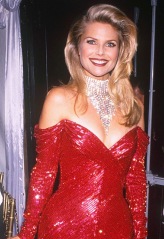 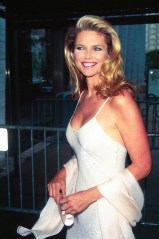