As the world celebrates the 20th anniversary, we sat down with director Chris Columbus to ask die-hard Potterheard questions about ‘Harry Potter and the Sorcerer’s Stone’ – and beyond!

It’s seems nearly impossible to believe, but it has been 20 years since Harry Potter and the Sorcerer’s Stone debuted in theaters. Megastars Daniel Radcliffe, Emma Watson, and Rupert Grint were just little kids, and in order to make their iconic characters believable, they were going to need some help. Enter Chris Columbus, celebrated director, who already had an impressive resume being at the helm of Home Alone and Mrs. Doubtfire.  With his leadership for the first two movies, the global phenomenon franchise was born.

And it’s still living on today! So, what does the future hold for Chris and the ever expanding story of Harry Potter. Well, he’s already started to putting his name out there for consideration, if the powers that be should wish to make the stage play, Harry Potter and the Cursed Child, into a motion picture.

“I still fantasize about directing Harry Potter and the Cursed Child with the original cast,” Chris admitted in our EXCLUSIVE interview. “ I think it would be, from a nostalgic point of view and also from a fans point of view, a thrill to see our actors at their ages now playing these roles. There is just something touching about that. It is kind of like what J.J.[Abrams] did with Star Wars and why that was so wonderful. 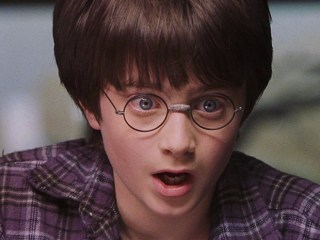 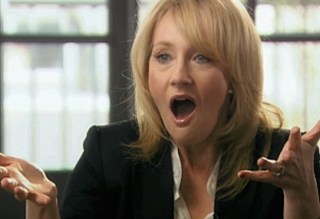 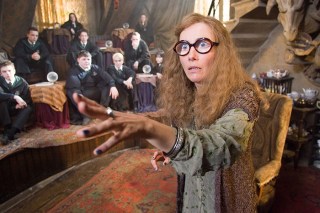 Speaking of Star Wars, decades after the original trilogy was released, George Lucas famously remastered his movies with improved CGI and expanded scenes that he did not have the access to do when he originally filmed New Hope, The Empire Strikes Back, and Return Of The Jedi. Chris has famously said that he felt ‘rushed’ with the visual effects in the first HP movie, and given the advancements in VFX, we wondered if he would think about doing the same.

“I would love to do it,” Chris confessed. “There is a part of me that particularly wants to get back into the Quidditch match, which we didn’t have enough time in visual effects to finish properly.” But after a think, Chris added: “So, I would like to go back and dabble with that a little bit but there is that thing where, ‘Do you mess with people’s memories?’ You don’t want to do that either.”

So, if Cursed Child is still being figured out and returning to Sorcerer’s Stone seems unlikely, could Chris come back to the wizarding world in another capacity? For die-hard Harry Potter fans, the real hope is that someone comes to the helm to get a Marauders movie off the ground. For those not in the know, the Marauders are the four Hogwarts students — Remus Lupin, Peter Pettigrew, Sirius Black, and James Potter — who created the infamous Marauders map used by Harry in the films. Is Chris the man to make that project a reality?

“It depends on what would be written,” he said. “I personally have a difficult time responding to any other characters besides Harry, Hermione, and Ron, and particularly Harry, because that was my gateway into the movie in terms of how I was going to tell the story, through Harry’s point of view.”