Erika Jayne had a tough season 11 on ‘RHOBH’ with her friend group. After a dramatic reunion, we now know where she stands with Kyle Richards.

Erika Jayne, 50, had her toughest season yet on The Real Housewives of Beverly Hills when it came to her friendship circle, which includes OG Kyle Richards, 52. After an intense four part reunion of being grilled by host Andy Cohen, 53, we’re happy to report things are finally A-OK between the two ladies. “Kyle and Erika made up at the ‘RHOBH’ reunion a few weeks ago,” a source close to the show’s production told HollywoodLife EXCLUSIVELY. “They both talked it out and are happy with where they’re at.”

Fans watched The Pretty Mess singer go through a tough divorce from Tom Girardi, 82, who had been having multiple affairs behind Erika’s back. On top of that, Erika was named in a slew of messy lawsuits as Tom and his law firm allegedly embezzled funds from plane crash victims. Erika claims to not know about any of this, but the ladies, including Kyle, questioned her knowledge all season which upset Erika at times.

Although Kyle pressed Erika at times for answers, she was vocal about the fact that she never knew Erika to be a liar. Cameras stopped rolling months ago and it seems taking some space helped mend things to where they were before this all happened. “They didn’t speak for a bit after filming,” our source said. “But they’re talking and are totally fine now. Kyle really has always tried to support Erika throughout all of this as best as she can.”

Kyle celebrated a personal milestone recently when her daughter Portia Umansky, 13, had her Bat Mitzvah. While cast members such as Lisa Rinna, 58, Sutton Stracke, 50, and Crystal Kung-Minkoff, 38, were in attendance, fans wondered if Erika’s absence meant anything. “The only reason Erika didn’t go to Kyle’s daughter’s Bat Mitzvah is because she was out of town,” our source added. “Otherwise she would’ve been there.”

And it’s nice to know that these two fully have one another’s backs again! Former housewife and pal of Kyle’s Lisa Vanderpump, 61, said that Camille Meyer, 53, was going around Andy’s baby shower back in 2019 gossiping about Erika’s problems — something Kyle flat out denied. “Erika knew that Kyle didn’t spread the rumor about her financial issues at Andy’s baby shower,” our source said. “She hasn’t spoken to Lisa Vanderpump in years and knew she didn’t say that.” 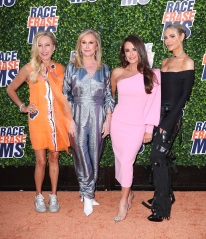 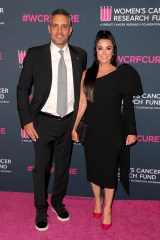 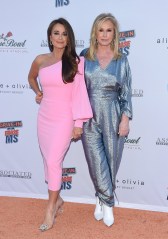