Cooking and music go together like a can of Campbell’s chicken noodle soup and a cold Autumn day, and even Julia Michaels agrees. The “If The World Was Ending” singer is one of the millions who put on some tunes before getting busy in the kitchen, which is why she teamed with Campbell’s for an exciting new collaboration – the launch of M’m! M’m! Records, with Julia one of its first signees. “I’m sort of new to cooking,” she tells HollywoodLife in an EXCLUSIVE interview, “and a way that I like to let loose and have fun with it is by listening to music. And the whole point of this [partnership] is that combining the creativity of cooking and music, and I got to record a very fun cover of Doris Troy’s ‘Just One Look.'”

For Julia — who has helped shape the modern pop landscape, both as a dynamic singer and as one of the most in-demand songwriters today – picking the 1963 R&B classic might be surprising. “I find that when I cook,” says Julia, “I really am inspired when I get to listen to fifties, sixties music. There’s just something about it. I think it’s a nostalgic thing for me, honestly. When I think about all of that stuff, I think nostalgia, which is … Campbell’s, for me, is nostalgic. My mom, when I was a kid, used to always make me a grilled cheese and tomato soup, and it’s become my go-to comfort food as I’ve gotten older. And so, I think cooking is just nostalgic to me in general. And so what better way to cook nostalgic things than listen to nostalgic things?” 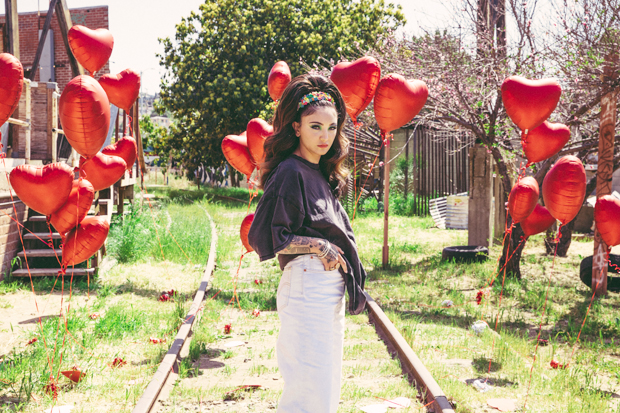 After a recent survey conducted by Campbell’s discovered that 73% of responders listen to music while cooking, the soup icon teamed with Universal Music Group to launch M’m! M’m! Records label. Julia’s version of “Just One Look” can be heard by scanning the ‘M’m! M’m! Records!’ QR code on specially marked Campbell’s red & white cans. And when fans do, they won’t find just a straightforward cover. Since Julia is fast becoming a pro in the kitchen – one can expect her to be on Chopped any day now – she decided to play around with the recipe.

“I got to be really creative with it,” she tells HollywoodLife. “I wanted it to feel a bit more ‘rock-y’ and a bit more edgy, a little bit more suited to my personality, but still having that classic sound. So we experimented with it a little bit, and yeah, it’s going to be really fun. I’m excited for people to hear it. I really am.” 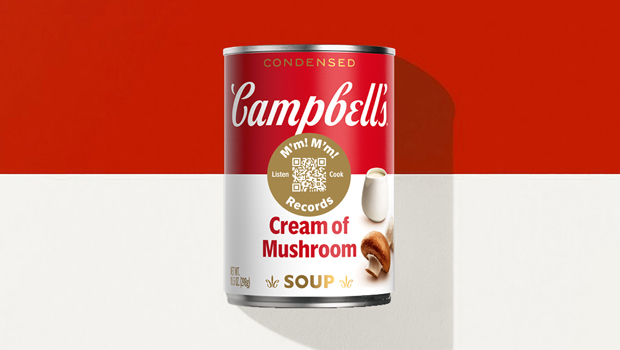 Younger fans might not know the song, and Julia’s excited to help them unlock a whole new world of music. “I’m always trying to introduce my fans to new things,” she says. “And if that means I can introduce them to, fun, fun, little things, new things that they can cook that they haven’t tried yet. I think Campbell’s is such a nice starter [to recipes]. And then they can listen to music while they do it. And even if they mess up the recipe or oversalt something or something, at least they’ll have some fun doing it, and they won’t take it too seriously.”

What fans might want to take seriously is the corresponding contest. Aspiring musicians have a chance to earn a spot on the ‘M’m! M’m! Records!’ ‘music label’ by submitting their own cooking-inspired song to SoundCloud. The chosen winner will take home $20,000 – to help them on their music journey – and have the pride of saying they’re on a label that includes Julia, Peach Tree Rascals, Jac Ross, and Mickey Guyton.

“I remember when I was 16, writing songs in my bedroom, and people took a chance on me,” reflects Julia. “And if they wouldn’t have done that, I would not be where I am today. I’m really proud of Campbell’s for doing that.” When asked what advice she would give an aspiring songwriter, Julia says it’s best to be yourself.

“My go-to advice, even though it’s a smidge cheesy, is just be yourself,” she says. “I know it’s so lame, but write what you want to hear on the radio. Write what you want. Don’t try and follow a trend or do what everybody else is doing. I think authenticity wins. And I think it’s the thing that makes people stand out. So as long as they just stick to their guns and make things that feel close to them, then they’ll win.”

Submissions will open on November 15. In the meantime, artists can try out some new recipes as the weather gets colder. As for what fans can cook up while listening to Julia’s debut album, Not In Chronological Order, the “Love Is Weird” singer had to think about it. “Ooh, I can’t give a specific thing,” she said with a laugh, “but I’ll say people should cook something that feels warm, hearty, and close to the heart.”

For more information will be shared closer to contest launch on SoundsGoodTonight.com and Campbell’s Instagram and Twitter.