The treats aren’t the only thing that’s sweet about Snoop Dogg and Martha Stewart’s upcoming Halloween special on Peacock. The pair also teased some amazing and fun costumes in the brand new trailer.

Who says scary and sweet can’t go together? Snoop Dogg and Martha Stewart teamed up for an all new Halloween special coming to Peacock on October 21! In a brand new trailer, the 49-year-old rapper and 80-year-old TV legend gave fans a taste of what’s to come in Snoop & Martha’s Very Tasty Halloween, where the pair get bakers to create snacks worth screaming over for a very special Halloween bash!

The Halloween special features teams of bakers creating creepy (and tasty) confections for Snoop, Martha, and Buzzfeed’s Alvin Zhou to judge in their “tasty manor,” as Snoop called it in the trailer to “pick the best baking talent.” The “Gin and Juice” rapper said that he was looking for a talent to make his “Halloween nightmares a reality.” Early on in the trailer, Snoop introduced the competition dressed as something of a scary fortune teller, complete with a crystal ball. “The ghouls and freaks are on the prowl. I need sweets and treats to stop my stomach growl. I haven’t thrown a Halloween party in a minute. I want this to be one for the history books,” he said at the start of the trailer. 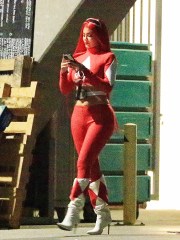 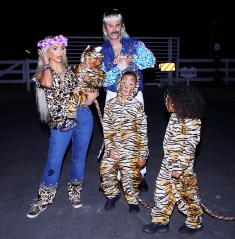 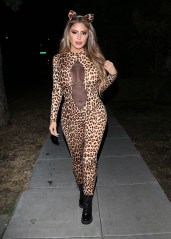 It looked like the judges were having a great time tasting all the sweet treats. “Halloween is one of my favorite holidays,” Martha says at one point in the trailer. Alvin showed how unbelievable some of the talent is. “I’m shocked that so much of this is edible,” he said, and Martha responded with a bit of a Willy Wonka nod: “Everything is edible!”

Other than the tasty-looking treats, fans also got a glimpse at the three judges amazing Halloween costumes. Alvin went for a Halloween classic with traditional vampire outfit, which recalls iconic characters like Count Dracula. Martha also went with a favorite and had a witchy look with a white wig, black robe and sparkling eye make up. Snoop got creative with his costume, putting his own “Dogg” twist on Batman. He had a canine-like mask and a dollar sign where the classic bat logo is.