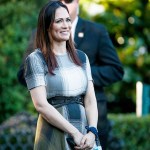 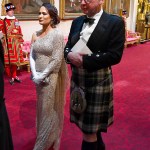 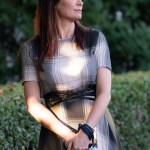 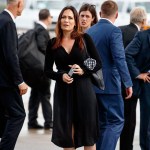 Stephanie Grisham’s new memoir ‘I’ll Take Your Questions Now’ recounts Donald Trump’s inappropriate behavior towards female staffers, including one awkward exchange he had with her boyfriend.

Former White House official Stephanie Grisham’s new memoir paints a bleak portrait of her days in the Trump White House. Grisham, 45, released I’ll Take Your Questions Now on October 5, which chronicles her time as a press secretary to Donald Trump and chief of staff to former First Lady Melania. In one particular chapter, Grisham recounts Trump’s inappropriate behavior with female staffers, including one improper exchange the former president had with her boyfriend.

In the “Boys Will Be Boys” chapter, Grisham wrote that “nobody in the White House loved gossip more than Donald Trump.” So when she began dating her boyfriend, the former press secretary maintained that it became a major point of topic with Trump — so much so that he reportedly once asked her partner an intrusive question while on Air Force One. “After the president found out that we were dating, he constantly asked me how things were going and told me what a good-looking couple we were,” Grisham wrote.

“My boyfriend even told me that on an Air Force One flight, as they had been listening to music, Trump had asked him if I was good in bed,” she continued, going on to detail the president’s interest in a young female staffer. “When I was press secretary, I began to notice that he was taking an unusual interest in a young, highly attractive press wrangler on my team. . . I do not know if and am not alleging that anything happened between the president and the woman.” 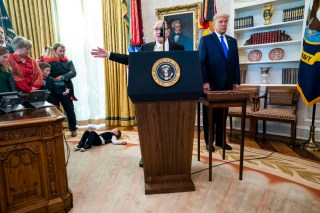 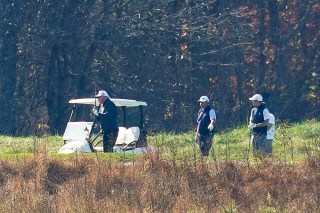 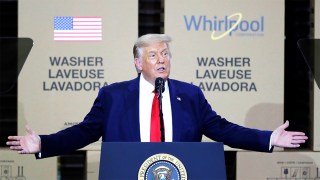 “What I do know is that he behaved inappropriately,” the excerpt continued. “If the president didn’t see her with the press corps, he would ask me where she was. He would ask me if she were coming along with us on foreign trips. When she did come along on trips. he often asked me to bring her to his office cabin in the aircraft, which he’d rarely done with anyone else.” Grisham wrote that the “whole thing never felt quite right.”

The excerpt is hardly the only bombshell revelation from the memoir. Grisham likened the Trump White House to a “clown car on fire running at full speed into a warehouse of fireworks,” dishing on everything from Melania’s frustration with stepdaughter Ivanka (whom she reportedly referred to as “The Princess”) to Trump’s “terrifying” temper. Never one to stay quiet, Trump has hit back at the “untrue” memoir, releasing a statement that called Grisham “angry and bitter.”

“Stephanie didn’t have what it takes and that was obvious from the beginning. She became very angry and bitter after her break up and as time went on she was seldom relied upon, or even thought about,” his statement read, in part. “She had big problems and we felt that she should work out those problems for herself. Now, like everyone else, she gets paid by a radical left-leaning publisher to say bad and untrue things.”