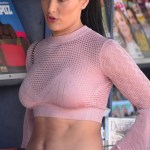 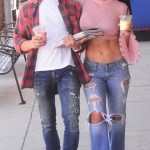 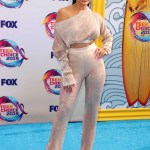 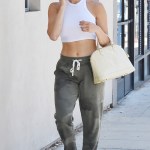 Abs for days: Nikki Bella rocks a tiny nude crop top and shows off her abs in a late-night workout photo.

Nikki Bella shared a bathroom selfie from her late-night workout. The star of Total Bellas, 37, rocked a nude crop top that showed off her toned stomach in the photo shared on her Instagram Story on October 3.

“Fun night last night so need a double workout!” she wrote above the selfie. “And a bathroom selfie.” She added, “P.S. it was cold” to explain the heart and smiley face stickers placed on her chest.

The bathroom selfie comes amidst news that the former WWE superstar has been tapped to judge America’s Got Talent: Extreme, the upcoming AGT spin-off. Nikki will join executive producer Simon Cowell and professional motorsports competitor Travis Pastrana as judge. Terry Crews, who also hosts the flagship AGT, will host the spin-off competition series.

Nikki celebrated the news on Instagram on October 1 with a photo with Terry and her fellow judges on stage. “Somebody pinch me!! Beyond excited, fired up and honored to be a judge on America’s Got Talent ExTreme with an incredible group of people,” she captioned. “I honestly feel like I’m dreaming!! So ready to get EXTREME!!! Bella Army I hope you’re ready! Come with me from the WWE ring to the judging table! I’ll need you!” 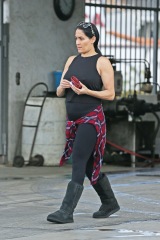 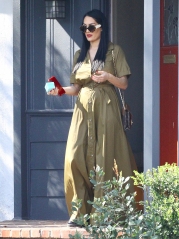 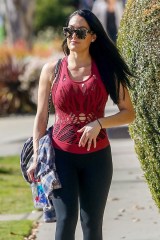 As for her wrestling career, Nikki recently revealed that her doctors have put her on the “retired bench for life” during an interview alongside sister Brie. The siblings appeared on Sippin The Tea TV Show on September 30, where Nikki explained that her health complications have put an indefinite pause on her professional fighting career.

“I have to listen to the doctors and as of now, they’ve put me on the retired bench for life,” she said, adding that it would “take a lot scans, x-rays, and all this different stuff” for approval to return, “so that would be unlikely.” While her return would “years down the road,” Nikki admitted that she has still been perfectly content, adding that she has found her “happy place” with running Bonita Bonita Wine, the wine brand she shares with sister Brie.

“I know I’m where my soul is meant to be,” she said. “The wine industry, winemaking, and anything with wine, I’m like happy It’s my happy place.”